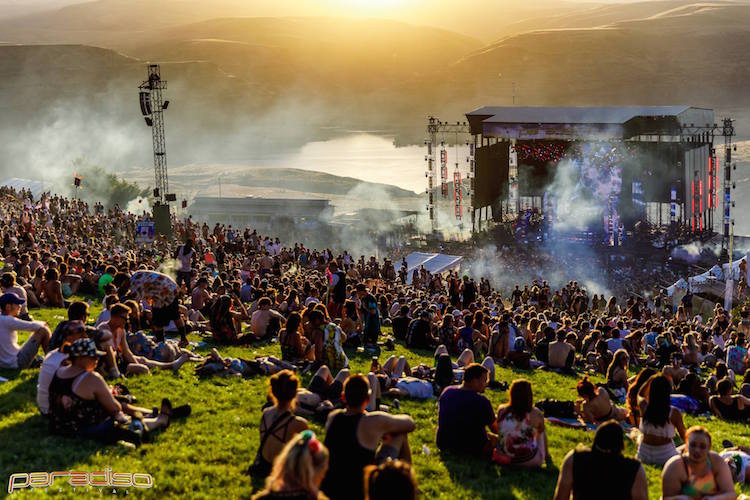 Imagine what a festival’s version of paradise might look like: technology and nature coming together as one, intricately designed stages and festival grounds, and nothing less than amazing music. What you’re imagining is more than just a dream; it’s a reality, and it takes place annually at the Columbia River Gorge. This utopia is none other than Paradiso.

We got to the festival at around 2:00pm on Thursday, which was a day before the event commenced. Thanks to short lines and swiftly moving security, we waited in line and got into our car-campsite in a little over 20 minutes. We arrived at our campsite and were immediately greeted by introductions from our campsite neighbors. We all got to know each other and bond over music before the festival even started. We explored our campgrounds in efforts to make more friends, scavenge the area for food trucks, and find the bathrooms and showers, all of which we located with ease. As the sun went down, many people started to climb back into their tents in efforts to salvage whatever energy they had left for the upcoming day.

Waking up in the morning was pleasant because we weren’t woken up to anyone blasting music. We’d like to think it’s because people were respectful, but we think it’s mostly due to the fact that quiet time didn’t end until 11am. Regardless of what the case was, we all woke up in a positive mood and we were ready to hit the festival grounds.

We decided to head to the entrance about an hour before the festival started because we wanted to get in as quickly as possible. Once we got to the festival, we waited about another hour to be let in, which was pretty exhausting considering it was a blistering 86 degrees. However, once the lines started moving, we got in pretty quickly and made our way to our first set of the day at the Oasis stage, K?D, who threw down a great set with his own renditions of Daft Punk songs as well as a plethora of his own tracks. The rest of the day, we saw people such as Spag Heddy, GTA, Joyride, Slander, Gareth Emery, Seven Lions, and Zeds Dead. However, the set of the day that took the cake was Anna Lunoe, who played a perfectly crafted house set while also throwing in other genres to keep the crowd alive. Her presence on stage emanated a powerful energy that moved quickly through the crowd. We finished the day off by seeing the iconic B2B, Flux Pavilion and Doctor P. This was a historical event, and we are deeply sorry if you missed it.

With the second day of Paradiso came the additional heat of a cloudless sky and temperatures approaching 100 degrees, as well as a heavily trap and bass-loaded lineup on all three of the festival’s stages. Following a pleasantly short wait to enter the venue grounds in comparison to the over hour-long wait of the day before, New Zealand native Quix opened the day’s shows with his seemingly endless barrage of massive, back-breaking bass tracks for an enthusiastic afternoon crowd of headbanging fans at the Wreckage Stage. After Quix, we caught the the striking set from Bleep Bloop B2B Alix Perez as well as the much-anticipated show from Boombox Cartel. The intense show  and endless assault of the sun pushed us to the comfort of the shade provided by the row of trees lining the top of the hill above the Paradise main stage, where we caught some of Ookay‘s set. We then made our way around festival grounds in order to catch sets from Lane 8, Baauer and Mija, and eventually, we veered back to the Paradise Stage to experience the sunset show from the groovy, sax-playing star, Griz. The funky 27-year-old delivered everything we could have asked for with beautiful, hypnotic visuals, which coupled perfectly with the natural beauty delivered by the colors of the sun falling behind the distant horizon of the Columbia River Gorge, and a stunning combination of tracks from his latest album, Good Will Prevail, and fan favorites from throughout his career. Paradiso’s final shows brought more of the same in terms of heavy, headbanging performances from Getter, Snails and Zomboy at the Wreckage stage, all of which brought their own flavor and originality to the stage at which dozens of others had played before them over the course of the weekend.

Paradiso’s official slogan, “Where Digital Meets Nature,” describes the festival perfectly. The Pacific Northwest’s largest EDM festival gives fans the opportunity to experience stacked lineups of dance music stars in one of the most beautiful outdoor venues in the entire world. The excitement of fans ready to connect with each other and enjoy the music of their favorite artists as it blasts through the stunningly smooth and powerful sound systems surrounding the awesomely intricate stage constructions is evident throughout the two-day experience. Paradiso is unlike any festival we have previously attended and we cannot wait for our next opportunity to experience its unparalleled culture and grandeur. 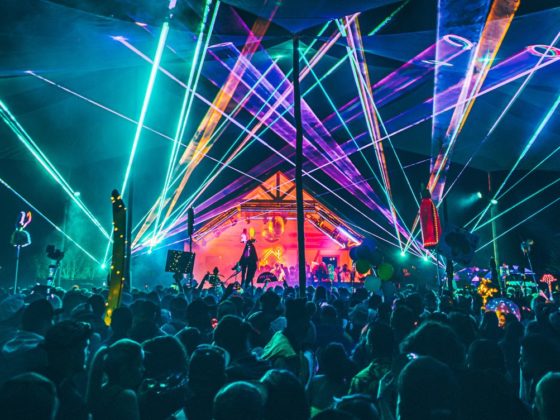