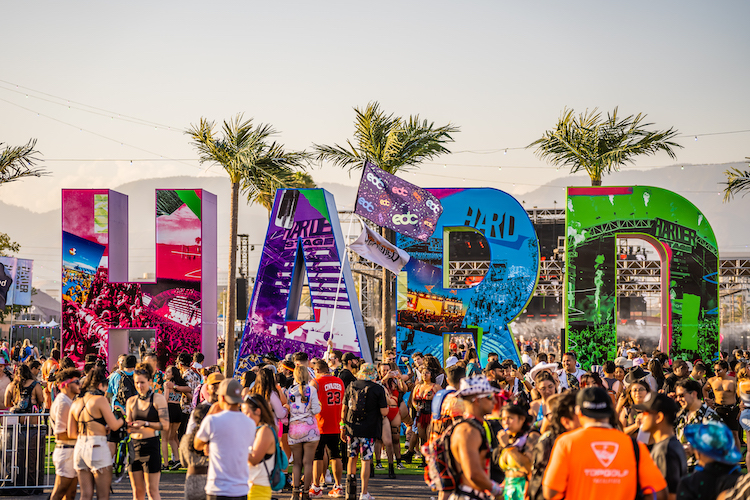 HARD Summer is known for booking the worlds hottest acts across dance music and hiphop, which they’ve displayed on their multistage lineups a festival expanded to 3 days with some unforgettable performances. There was so much to remember from this year! Each stage was full of surprises and had a great set and crowd experience to offer.

The Purple stage was the home base if you’re into hip hop, RnB, and perhaps sounds in between! We witnessed acts including Denzul Curry, Joji, SkiMaskTheSlumpGod, Doechii, Koffee, and more. However, HARD did not forget about the hyperpop fans who were able to catch sets including Glaive, Blade, and global artist 100 Gecs!

House and techno fans sure received their fix at the Pink Stage! Top tier producers made their way to the NOS dropping heaters throughout the weekend. Most memorable sets also and those who packed out the tent were Cloonee, Eli Brown, Blond:ish, Nicole Moudaber, and an honorable mention Tiga who blew everyone’s mind away with an outrageous set!

Bass heads found their safe haven at the Green Stage. Aside from the Green Stage’s outrageous area-like production, its fans were more outrageous, and that may be an understatement. HARD drew fans across the bass music scene booking heavy hitting all stars including NGHTMRE, Sullivan King, and Deathpact. Several up and comers that made their mark were Cannabliss, A Hundred Drums, Spacewizard, and Potions! The never before seen B2B that blew us away were Subtronics B2B Zeds Dead, and the one set all bass heads in Southern California were anticipating, SVDDEN DEATH B2B MARAUDA!

The iconic HARD and HARDER Stages did not disappoint for fans that are more in the mainstream world! The productions were massive with the stages hosting a huge amount of attendees. Top performers who hit the HARD stage include eclectic marquee artists like Megan Thee Stallion, James Hype, Amine, Alison Wonderland, Porter Robinson, and Lil Uzi Vert!

HARD Summer 2022 brought the best of both worlds into one phenomenal weekend. The lineup keep progressing every year! Thank you Insomniac Events for another unforgettable HARD Summer!