Hugh Cleal and Bryan Jones of Golf Clap are more than just two of today’s most prominent house producers. They’re also Country Club Disco label owners, club headliners, and the go-to guys for after-parties. I recently caught up with the Detroit-based duo in an eye-opening interview where we touched on their busy touring schedule and their thoughts on “real DJing.”

Golf Clap are slated to return to their city for Dirtybird BBQ on August 27 before a string of fall shows with the likes of Hannah Wants and Huxley.

DB: I saw that you guys had a victory recently, at Movement Festival with Soul Clap, the other “Claps.”

Bryan: Well we played a giant Jenga game with Soul Clap for charity on the first day. It was for this organization called Give A Beat and our game lasted almost an hour. We didn’t win though, actually. We’re always up for a rematch, though.

DB: Do you guys ever get confused with Soul Clap?

Bryan: Not that often, but still more than I would have expected. Our name means nothing though. We had a list of names, and reasons why they would be bad. Like, “Oh, somebody has this,” or “this one, you can’t spell very easily.” “You have to be able to say it in a club to somebody…”

Hugh: I used to do brand marketing for some automotive companies for a few years, but because of that, it was one of those stupid things where every name that we’d come up with, then it was like, once you’re figuring out if the name’s good, it has to be short, a few syllables, it has to be recognizable by every language… Then all the domains have to be not taken…

Bryan: There were probably thirty names, but they all didn’t meet the criteria. Then that day, somebody said something about “Golf Clap.” We liked it and the only thing we didn’t like is that it kinda sounds like Soul Clap.

Hugh: Instead of making it weird, we kind of jumped in front of it and got real tight with Eli and Charlie. We started sending them our records. Even though we’re from different ends of the music world, we’d party with them, and they’d come party with us. There was a lot of mutual respect.

Bryan: By the way, Charlie is the best-dressed DJ. He has the most swag out of anybody I know.

Bryan: Literally, when I’m around him, I feel like I’m five years behind on everything. And not only that, but when we were playing Jenga, he was way better than all of us. He kept pulling out the pieces without even trying.

Bryan: I don’t know if Hugh was drunk or what, but he was getting too confident and tapping the pieces kinda hard.

Hugh: But that was my technique! It got so unstable that just tapping it was making it tilt! [Bryan] was getting mad.

Hugh: Oh man. And then one time I was showboating and I pulled one out and threw it up in the air, and I caught it, and it almost landed right into the whole stack.

DB: Lots of things to watch out for!

Hugh: We turned it into this thing where every time he pulled a brick out, we had to do a victory lap.

[Bryan and Hugh each take long drags off their dab pens]

Bryan: We’re in a good mood… We’re both in the best mood we’ve been in, in about a month. We went to Europe and then came straight back for Movement. It was still lots of fun, but we had a really tight schedule for about a month straight and it started to get a bit stressful.

Hugh: There’s a ton of traveling! And lot’s of waiting around for things.

Bryan: Yeah! All our travels took like, eight hours, ten hours — even going to places that shouldn’t take that long. We also went to Freeform in Pennsylvania…

Hugh: …which was some of the most fun we had all year.

Bryan: Real quick, let’s elaborate on that. So J.Phlip wasn’t able to make it because she wasn’t feeling well. Basically, we happened to be in a cabin with fourteen of our friends from Detroit, including Mike Fotias, who was the main sound guy for Movement. He’s the man. So he was like, “Let’s get all of this sound and move into our cabin. We’ll have a party.” Mike said it, but over and over, we kept amping it up. We already had sound, but then I said, “We should get some lighting.” He looked at me like, “Really, motherfucker?” But then Mike said, “We should get a second stack of speakers.” And it kept escalating.

Hugh: It was one of the only weekends where we were cabin-camping, played all weekend, but it felt like a vacation. We came out of it more refreshed than we had been during three weeks on the road.

Bryan: There were at least twenty people from Detroit there and most of them were in our cabin with us. So it was very comfortable and lots of fun.

DB: Michigan’s been in the press a lot lately.

Hugh: The thing is, Dan Gilbert bought a lot of the city, and he’s made it safer and more accessible. You have to imagine that a city that once had over a million people, went down to under a quarter-million. And it’s not even that big of a city to start with… It’s not like when you walk out in the streets of Philly, or New York, or Chicago, L.A., Miami, where there are shops and food. [In Detroit] it’s like, if you’re not a business or an event, or a loft, or a big corporation, you don’t really have any business being down there. I’m not trying to say it’s unsafe, but it’s just not the metropolis that it once was.

We were just at our friend’s loft that he AirBNB’ed during Movement. It was a loft in Detroit. Granted, it was beautiful — you walk out into the patio and you have a view right inside of Comerica Park. But [our friend] was like, “These things were $100,000 two years ago, and now they’re going for $600,000.” And that’s amazing, you know? That kind of inflation.

DB: There’s been this big stigma regarding “real DJing.” It’s this whole battle between using the sync button, and spinning vinyl versus using a CDJ. What’s your take on that?

Hugh: DJing nowadays has been so flipped around from vinyl. You can’t ever really compare vinyl DJs to CDJ DJs, or to people who use a controller, or to whatever it is that people do right now.

Bryan: It’s one of those things where if you’re playing the right thing at the right time, and you’re doing it skillfully, cool. I personally think that you don’t really need a laptop unless you’re doing something that CDJs and a mixer can’t do.

Hugh: The bottom line is, there’s a bigger issue surrounding it. This music, and fame, and how you get to headlining these festivals is based around record sales. Most of these people are producers, and they’re forced into being a DJ. We come from an era specifically where… you could make it as a DJ based on your DJing jobs or performance jobs, versus as a producer. So there are a lot of people that have been thrown into this. We’re not criticizing anybody; it’s just like, most people never had to get on a stage.

Bryan: For years and years, I was that guy that just made those tracks, and I was getting on all these cool labels. But nobody was booking me because I wasn’t doing any of the other stuff. I was always thinking, “Oh, well if you just make cool tracks, then someone’s going to pick you up and get you on an agency and the shows come.” That is the case sometimes, but we found that doing things yourself stops you from having to rely on others. It does take a lot more time and work to get it going, but it’s great once it’s in place.

Hugh: We completely started from zero after being in the business for over fifteen years. Then we started playing a hundred free shows per year, giving away 80% of our music for free for several years straight… Because one thing I didn’t realize was that there are bands that’ll get paid a really low fee to play in the festival scene, because of how much money they make off of merchandise. I had no clue! If you look at their contract it says that “we want a 15% split of the merchandise” thing… [Some artists] will get twenty-grand in merch.

DB: I feel like DJing in today’s world is also because Soundcloud, a huge platform for the electronic music scene, is changing the way it functions. Artists are going to have to work a little bit harder to get their music out there. You guys started out the hard way.

Bryan: We always talk about this. There are these people that say, “It shouldn’t be this way, it’s bullshit, you have to DJ to make your money, I don’t like that you don’t get royalties from this.” And we just look at like, “Okay, we can’t change any of that stuff. What’s the actual reality of the world right now, and how do we be successful in that reality?” Even talking about or thinking about what it should be is just a huge waste of time. It’s just fantasy. It’s better to say, “We’re not making any money on selling songs? Well, how do you make money like this?” and then start working towards a solution rather than complaining about how it should be.

Being easy to work with and hard-working are the other two most important things.

DB: You guys help artists who are coming up too, with your record label, Country Club Disco. What do you look for in an artist?

Bryan: I help out a few younger artists that we’ve signed music from. Let me give ’em a shout! MRJ – he’s from Poland; he’s 22; he has an album coming out, an eight-song album coming out. It’s kind of ridiculous that he’s not bigger than he is already. And then the other guy that’s equally going to blow up is Jafunk. He’s about the same age. He’s from Australia and he just moved to the UK.

Hugh: Both of their stuff is genius. MRJ is part of the cross-pollination of how our world is connecting to bass music… We’ve been getting a lot of recent support from Mija, Oliver Heldens, and some other unlikely supporters lately.

Bryan: Jafunk’s last remix has over 450,000 plays on his Soundcloud and I’ve personally listened to it a couple hundred times as well. Really love his stuff. He just released an EP with our Country Club Disco label. With artists, the number one thing is obviously going to be how good the music is. There are so many talented artists out there; if your music is really good enough to stand out, we’ll notice. Being easy to work with and hard-working are the other two most important things. 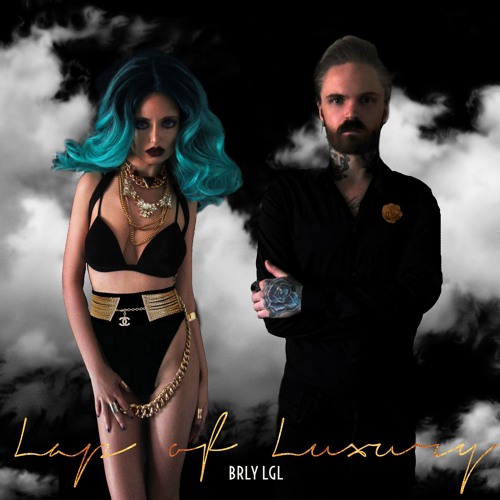 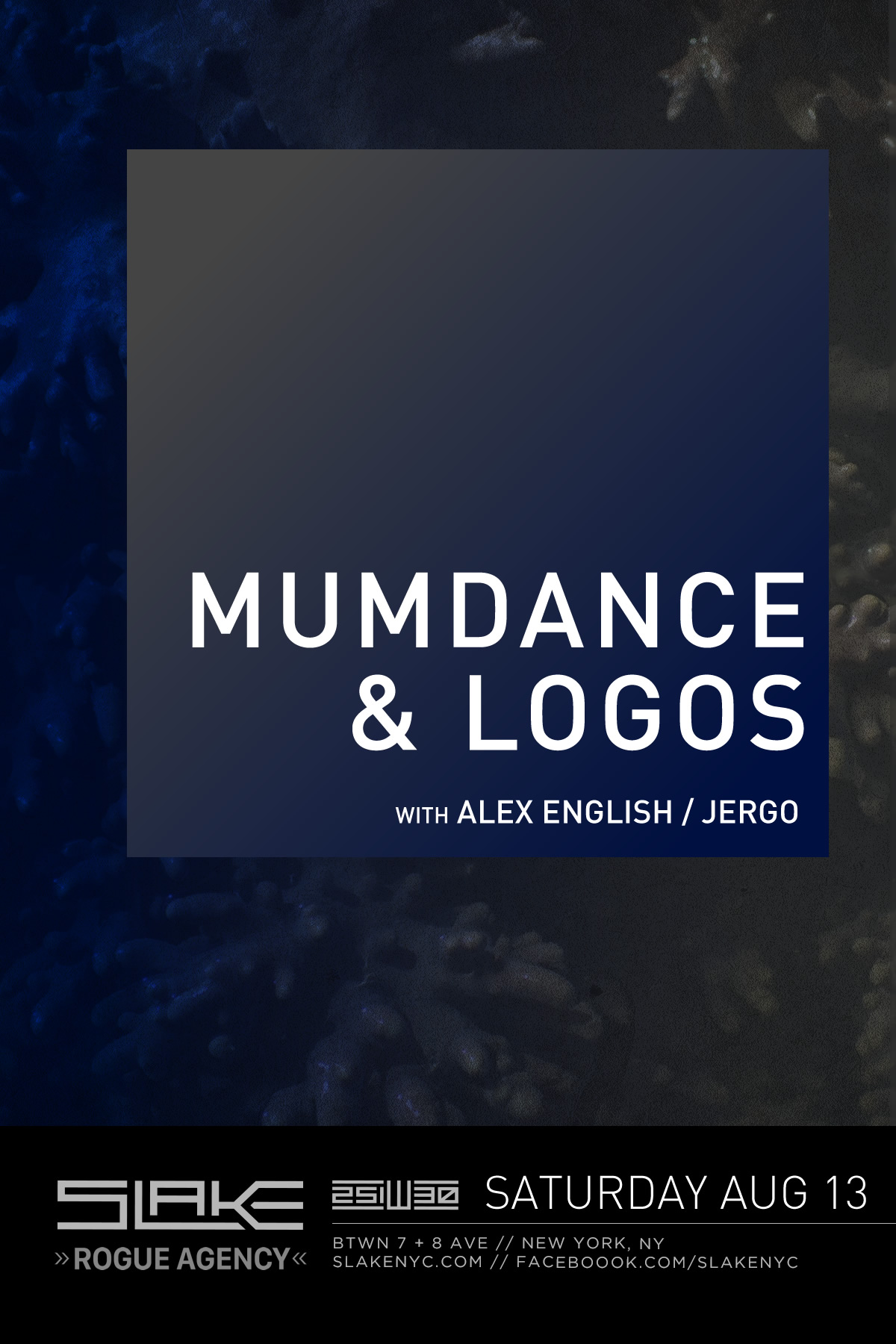 Mumdance and Logos make their debut at Slake NYC!