Fueled by his artistic vision and dedication to his musical craft, prominent artist DOMENICO is molding the future of his industry. This skillful multi-instrumentalist blends elements of EDM, R&B, and pop, to forge his one-of-a-kind style. Hailing from the booming music hub of New York City, DOMENICO writes and records the entirety of his original works.

Raised in Morristown, New Jersey, DOMENICO spent his early career playing lead guitar in various pop bands. However, after studying under A Tribe Called Quest’s Q-Tip and apprenticing notable producer Dave Tozer, DOMENICO was set on a new path in his journey as an artist. His time working with these renowned figures at NYU’s Clive Davis Institute taught DOMENICO to convert the techniques of previous chart-toppers into today’s world of music.

DOMENICO’s hard work has resulted in collabs with the likes of Bingo Players, John Legend , and Tiësto, while rounding up millions of listeners. To add to his list of accomplishments, this rising star even has his own record label, know as IL DOTTORE. Giving back to the music community, DOMENICO launched Real World Academy, a non-profit that helps guide up-and-coming creatives to reach their goals.

Recently, DOMENICO has formulated a new project, a four-member group called Prince Street Bodega. The collective consists of DOMENICO, imaginative producer Rion S, and the infectious house duo Black Caviar. Together, they have decided to foreshadow their debut album with the release of groovy disco single “Contagious”. This retro hit puts listeners in a time machine, with its eclectic bassline and uplifting vocals that are reminiscent of the 70s. “Contagious” is only the beginning for DOMENICO and his collaborators, as Prince Street Bodega is ready to takeover the electronic scene. 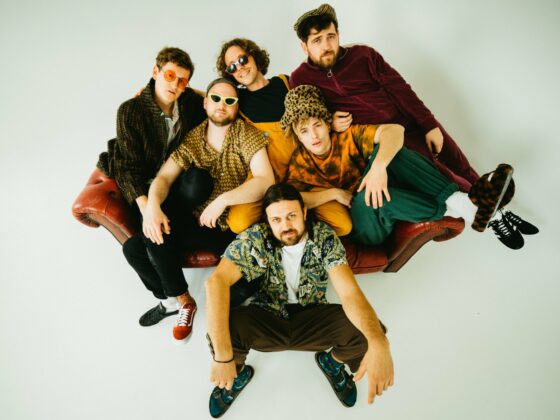