Sam Shepherd is a musician from England who has been putting out singles and EPs since 2009 under the name Floating Points. Near the end of 2015 he put out his debut full length record entitled Elaenia. There’s no way to really describe Floating Points. Some electronics, a dash of jazz, a hint of psychedelic jams and tons of other elements make this live act of the most exciting projects currently touring. Floating Points was once a solo project but with their live shows they have added many more incredibly talented musicians taking Shepherds songs to another level.

We arrived just after sunset and as soon as we walked into the Hollywood Forever Cemetery there was an eerie but also somewhat peaceful atmosphere. The concert was to be held in the Masonic Lodge, which is a building just inside the cemetery. We walked up a flight of stairs and into the room where the show would be held. The very small room was beautifully decorated with red drapes covering some of the walls, seating around the edges, and a couple chandeliers hanging from the roof.

The room was practically empty until the opening act Kaitlyn Aurelia Smith took the stage and everyone wandering the building started to seep in. She played a set full of dreamy ambient soundscapes that had the crowd in a trance. The lighting was behind her in a way that you could only see her silhouette creating the perfect environment to compliment her music. Each song flowed together seamlessly as she worked her magic on her analog synthesizers.

Finally it was time for Floating Points to take the stage. The only videos I had seen of them live were featuring a sixteen-piece ensemble so I was curious to see how many musicians there would be on the somewhat small stage. This show was the very first stop on their current tour so I was excited to see what was in store. The band nudged their way from the back of the crowd onto the stage and I believe there were 6 or 7 members. The set began with Shepherd playing a very quiet synth arpeggio slowly growing louder as other musicians started layering on guitars and synthesizers. More and more instruments were added in making a chaotic but beautiful wall of sound before leading to a crescendo when the drummer finally gave the crowd something to groove and dance to. Once they began playing they didn’t stop until they left the stage perfectly transitioning between songs. The set mainly consisted of tracks from Elaenia but some of his earlier material was played too. Each member seemed really focused and passionate about what they were playing and because of it the set was pretty much flawless. From the loud jams to the softer pieces everything was put together perfectly.

Floating Points will be touring all around the world this year and I would definitely not miss them when they come to your city. 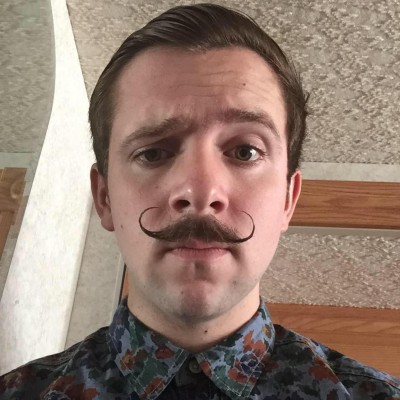 Porter Robinson Outdoes Himself With His Worlds Tour