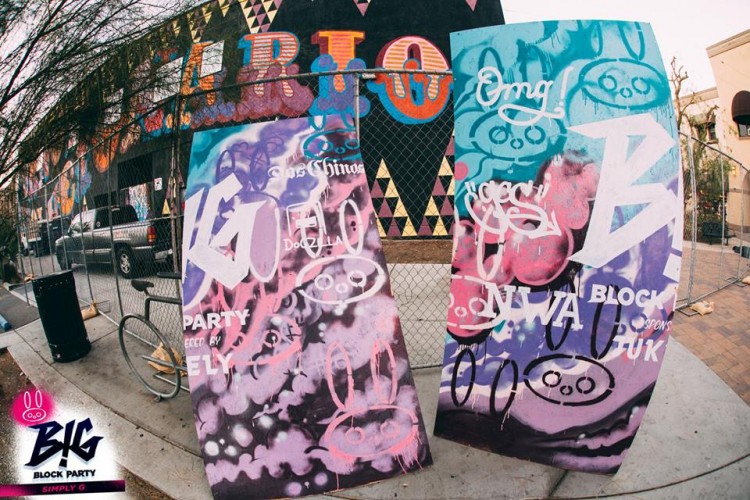 Wednesday before Thanksgiving is when the SoCal event team White Rabbit Group decided to throw their first ever BIG Block Party, a mini-music festival in the heart of Santa Ana. With the success of their weekly Havoc club night, it was only a matter of time until WRG would step up their game with something bigger. With a loyal artist lineup and a few thousand friends in attendance, White Rabbit Group successfully put on their premier music festival – their absolute BIGgest event yet.

Our day began at 4PM as the outdoor Downtown Santa Ana Stage popped off with the fuzzy internet sounds of 2ToneDisco. A chilly breeze swept through the dance floor as fans began to enter the venue. As with any great festival, the audience was welcomed by food trucks, several beer gardens, and booths from sponsoring companies like Jukely. EMS Radio was also in the house with a beer pong setup allowing attendees to try their shot at the classic game for a chance to spin the wheel full of event tickets and meet-and-greets.

The event kicked off with great energy that was followed with the funky bass sounds of D.C. native Fawks. We were stoked to hear him drop an unreleased dubstep VIP of his El Chapo Flip, originally from Skrillex and The Game.

Fans continued to sprinkle onto the floor as VenessaMichaels turned things up a notch. With the temperature dropping the audience was almost forced to continue dancing in order to stay warm. Vanessa’s set hit all angles of forward thinking club music with selections such as her remix of Destiny Child’s Say My Name.

One of the main differences between a music festival and a typical club show is the perks of having an outdoor stage. Although the DTSA stage was a bit small, its sound could be heard throughout the event creating a bright energy with the performances. Prince Fox threw down his v rare birthday set that included a ton of edits and originals of his future bass pop specialty. Meanwhile both the Havoc and Dstrtion stages had opened with performances from Yultron and Bloodthinnerz, they quickly filled up thanks to the warmth of the venues. Outside, Medasin & Friends kept the vibes rolling before the long awaited return of Los Angeles collective superstars Athletixx.

Athletixx is the DJ squad that includes Hoodboi, Falcons, Kittens, and Promnite. We were lucky enough to grab a drink with them backstage as they shared with us how great of a response they received from their clothing line release earlier this Fall. Their appearance as a crew is one of those rare festival gems and we were beyond thankful that White Rabbit Group treated their guests to this special performance. Blending the best of jersey, hip hop, and ritualistic club music, their show lit up the floor for a headliner worthy performance on the outdoor stage.

Goshfather & Jinco ignited flames onto the cue buttons while Sullivan King dripped evil onto his bass fiending crowd – from the looks of it we could tell that every stage was running full force to what felt like the ultimate party.

As in all White Rabbit events, we could tell that their attention to musical diversity is what set their experience apart from the rest. Their attendees really appreciate and trust WRG, which is why hardstyle artist Coone worked out great for the Block Party. The amounts of rippling sweat increased across the strobe light-induced faces as we watched a few hundred people shift their vibe from hard shuffle mode to trap arm level 9000. It did not take long to realize that the question marks on the set time schedule equated to the San Fernando Valley based producer ETC!ETC!, who set off the crowd with straight bombs as we would expect from the Mad Decent veteran.

We couldn’t really hold our excitement any longer. Our favorite UK trap boys were in town and we knew the second Stooki Sound hit the decks that it was going to be a party. Luckily everyone else knew this too. Their set was packed, the excitement was real, and we grabbed a seat to witness this madness unfold.

We ended our night with Ape Drums, another Mad Decent all-star who swiftly went through his most classic tracks like ‘Move That Butt’ with no particular focus on any genre. This led us to ƱZ, one of the more surprising acts for this festival. The entire industry witnessed the rise of ƱZ onto headlining performances and bookings on lineups such Coachella and beyond. Witnessing him on the side stage of the Block Party was a real treat and the Dstrtion Stage began swarming with fans by the time he stepped up.

Finally, the event left us with a mind thrashing set from the dubstep legend and Smog Records overlord 12th Planet. As always, he tore the place up with an array of grimey beats that satisfied even the craziest bass heads around.

White Rabbit Group’s history has led them to a powerful place in Southern California’s electronic music industry. It took them years of weekly club nights to build the indestructible loyalty of fans from Los Angeles all the way down to San Diego. BIG Blockparty felt like a celebration of their success as well as a thank you to those who have support them thus far. Walking out of there I could sense how impressed and excited everyone was for their team. Nothing could have made this a better experience and we’ll be hoping for more multi-stage events in the future. Sloves Shows Us Some “Real Love” 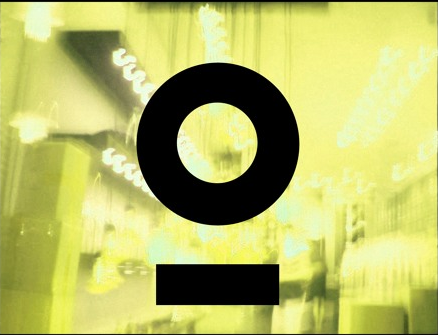 Interview with Henrix and David Tort for “Lost in Acid”