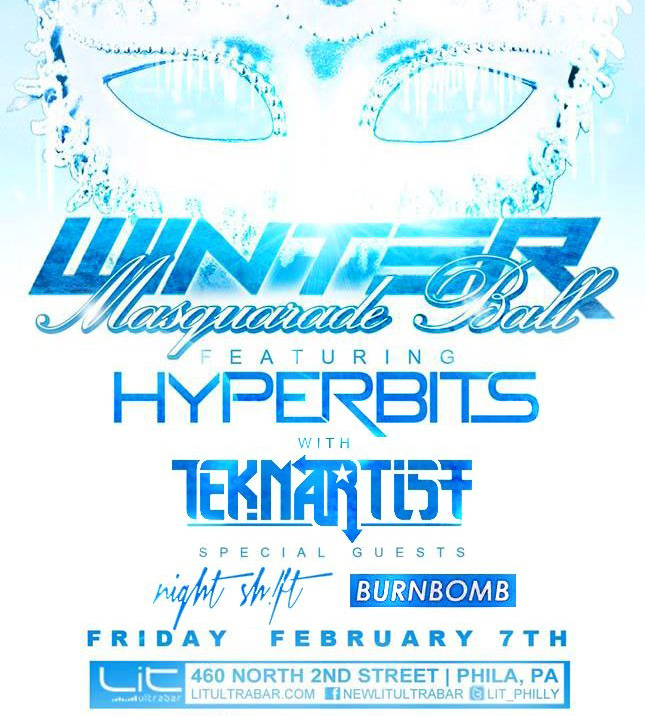 Tonight at Philly’s own Lit Ultrabar will be the first annual Winter Masquerade Ball. This event will break the fine line between concert, & experience. And we are giving away…
View Post
“All great change in America begins with breakfast.  And we must have a drink with breakfast.” What do you get when you combine a nightclub vibe, some of Philly’s top DJ’s, and crepes garnished in honey maple syrup? You get Dimanche de Lit, Lit Ultrabar’s first brunch event.  This reservation only event will take place at one of Philly’s premier nightclubs—during the day!  A nice change of pace from the routine weekend warrior hustle, Terzetto and DJ Royale will be providing the soundtrack to a gourmet feast prepared by 2013’s Best Chef of America, Geoff Johnson.
View Post
Last Friday night we swung over to Philadelphia's LiT Ultrabar for a night of craziness with Manufactured Superstars. However, this soon quickly changed for us when we took to the booth and met up with local up-and-comers Terzetto, a party-hard trio of producer/DJs that are ready to take their hold on the electronic scene. With the release of their remix of "Cups" by Anna Kendrick (read about it here), they immediately caught my attention with the ability to take folk/pop and throw a spin on it that is club and festival friendly. Definitely something that really caught my attention. I was anxious to get to this show because I wanted to check these three out in action.We hung back in the booth and observed as Vinny Geo & Rone, two-thirds of the trio, took to the decks, bouncing back and forth between 20-30 minute sets. The first thing I noticed was their one on, one off style of spinning. I asked Vinny what this was all about, and he quickly grinned and told me "we each have our own genre that we like to focus on, so we take turns to keep the crowd guessing." I took note of this and it was immediately apparent to me. Like, whoa. Rone hopped on the mixer once again and began to blast out minimal electro and complextro, followed by Vinny tearing up a high-energy deep house and progressive tech set, something that I truly respected (it ain't easy keeping up pace with tech house).