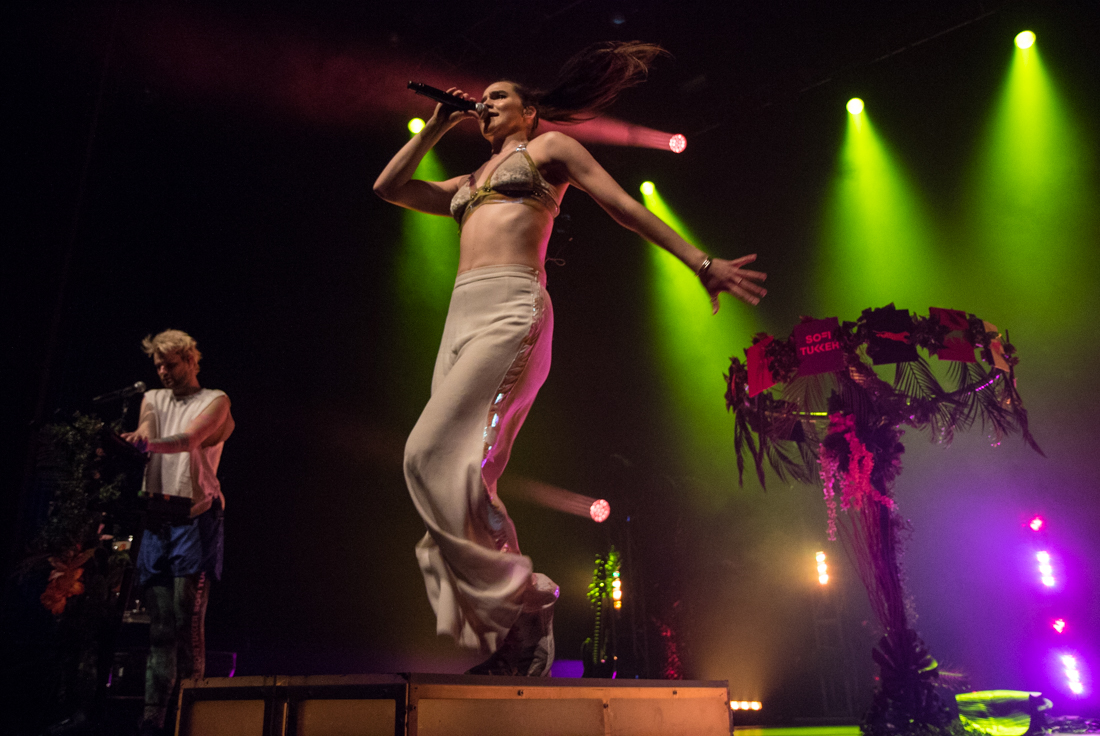 Intimate; multicultural; unique; these words don’t typically jump to the top of the list when it comes to describing most dance-pop artists.

New York electronic duo Sofi Tukker is quite unlike the majority of such acts, and fit the bill for all three.

Promoting their debut full-length project Treehouse, Sophie Hawley-Weld and Tucker Halpern brought their world tour to the Fox Theater in Oakland, CA., Friday night and had the crowd bouncing nonstop with their unrivaled onstage energy and refreshing take on tropical house and electropop.

Over the years, they have developed a tropical sound and style all their own since meeting as students at Brown University. Each release incorporates an ever-more worldly sound, honing in on a smooth mix of their Jungle House soundscapes layered in numerous percussion timbres, guitar riffs, and even a healthy dose of Portuguese.

Though neither are Brazilian, the country’s language and culture are major influences in their work. Hawley-Weld, especially, immersed herself in becoming a fluent speaker as they collaborated with revered Brazilian poets, drawing from their prose and their guidance in controlling turns of phrase.

They released their 2016 debut EP Soft Animals to surprisingly immediate attention, even earning them their first Grammy nomination for the project’s lead single Drinkee.

Treehouse has already catapulted them to a much higher level.

The project is far more mainstream in its approach; its singles so infectious that not one but two were pulled for iPhone commercials. An edited version of the pre-released single Batshit was used for the iPhone 8 Red and Bestfriend, featuring close friends The Knocks, along with NERVO and Alisa Ueno,  for the iPhone 10.

Though this album clearly leans toward a more popular appeal, the choice didn’t detract from the natural performance ability on display from Sofi Tukker whatsoever.

From wild Flying-V guitar solos and percussion breaks pounded on their now signature onstage Tree display, equipped with drum pads, to billowing vocal arrangements and choreographed dance routines with friends and fans, the duo brought out all the eccentric tools at their disposal for a killer night of entertainment.

This show was pure fun, start to finish. It was house music as I had never seen or heard it performed before.

And the artists clearly enjoyed it too.

Near the end of the set, both took time to relish in an extended ovation. Halpern, chuckling, made sure the audience noticed that they’d brought tears to the eyes of his stagemate.

“It’s like going home for us when we come to the bay,” he described.

The Treehouse World Tour will make its way to the Pacific Northwest next with stops in Seattle, Portland, and Vancouver before returning to California for Lightning in a Bottle Festival at Lake San Antonio in Bradley over Memorial Weekend.

Then the duo will go international with shows across Europe from June through most of September. Find the full tour schedule here. 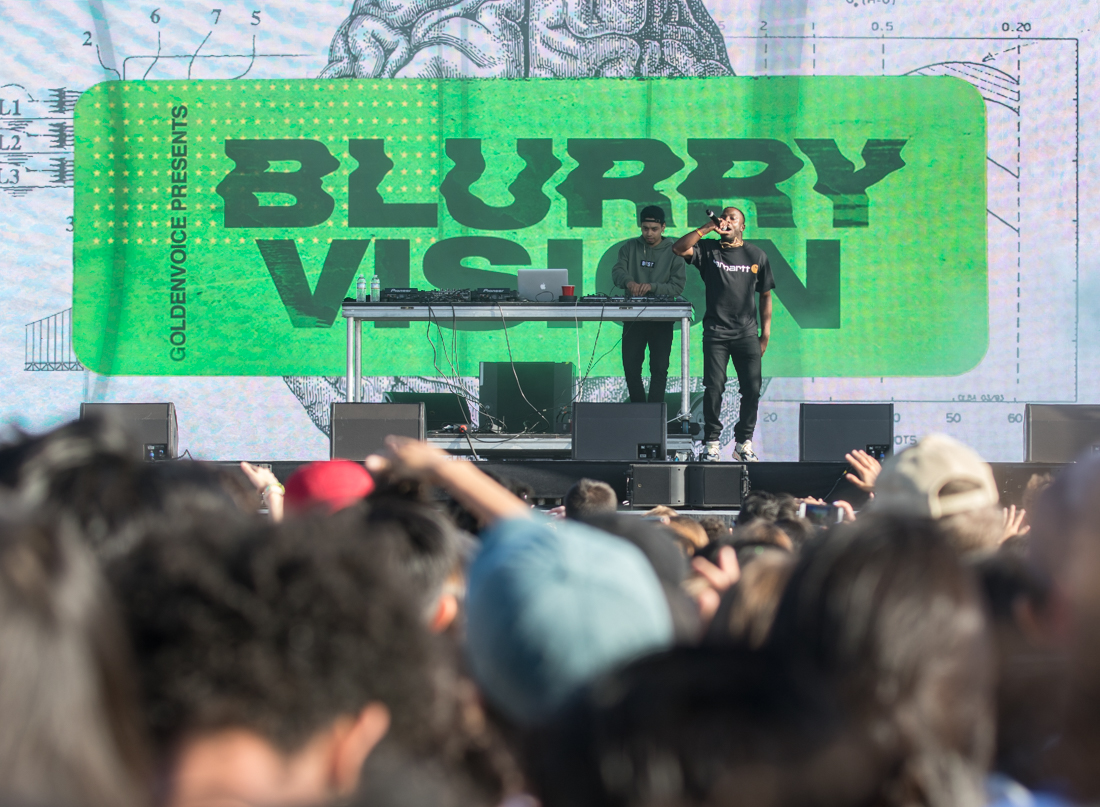 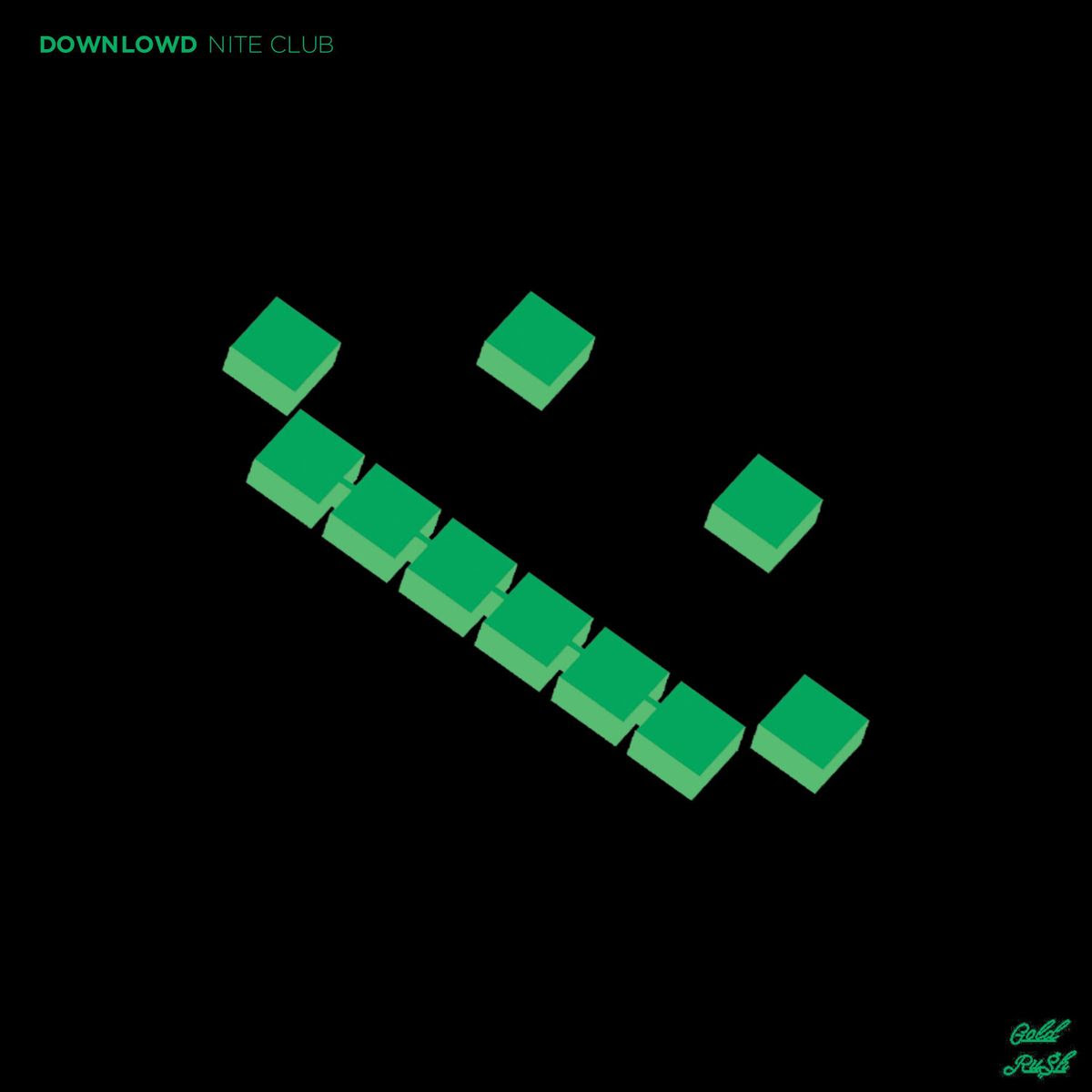