Featuring seven tracks including Younan’s ‘Feel The D’, the joyous tune embraces indigenous percussions with the merging of funky synths that accompany a working upbeat bassline throughout the track.

Listening to the song, a well-over six-minute track gives listeners the ability to appreciate the intricate preciseness of Younan’s work as this is no ordinary tech-house tune.

This song is no doubt a heater on the dancefloor and will certainly keep the moves and grooves flowing.

This isn’t the first track to be a bop from Younan, as his memorable history includes receiving back-to-back Beatport #1 tech-house tracks, earning a spot on #1 Billboard Dance Remix from his remix of Celeda’s ‘The Underground’, and participating in marketing campaigns for major music equipment company Pioneer’s CDJ2000s – Younan’s track ‘Yeah ha’ was used in advertisements to push sales for the decks, creating global recognition for the producer.

His name is also recognizable as his participation in some of the most iconic tours including opening for the legendary Carl Cox during his U.S. tour and his Las Vegas residency in 2014 and 2015 has no doubt turned the heads of many leading names in the dance scene.

Having graced the stages of major festivals like EDCLV, Ultra Miami, Electric Forest, BPM Festival, and more, his talents are certainly notable and will remain that way as he enters the busiest period of his career in 2022.

With over 180 releases, working alongside the biggest dance names in the scene like Frankie Goes to Hollywood, Kylie Minogue, Danny Tenaglia, Loco Dice, and more, and even preparing for his appearance at Groove Cruise Cabo, the house music pioneer continues to work toward his vision.

Be prepared to see Saeed Younan’s name on many upcoming heavy-hitting tracks and lineups as the beatmaker certainly has no plan to slow down anytime soon. 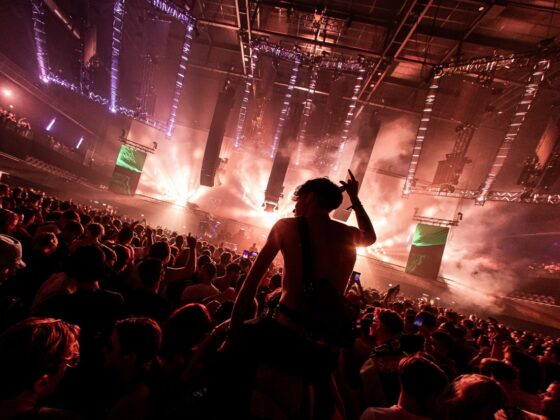