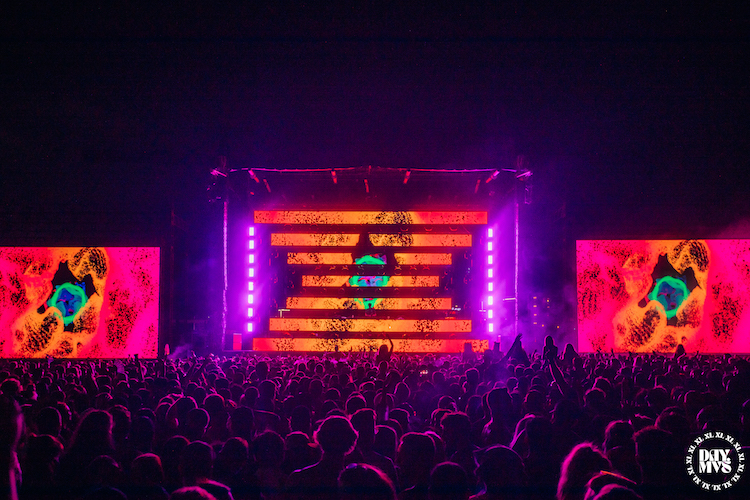 With the end of July coming quickly, we’re excited to be closer to returning to Waterfront Park in San Diego for the DAY.MVS XL, also referred to as Summer CRSSD by some.

The lineup is rather unique and offers some different and unique flavors than what we usually see in the Southern California festival circuit. So without further ado, we’d like to give you our list of our must watch acts for the weekend (in no particular order):

Hailing from Australia and residing in Berlin, Juliet Fox has been on quite the path in her pursuit of techno greatness. From playing in clubs in London and Ibiza to massive festivals like Awakenings, running her own label, Tregambe, while also releasing on huge labels like Filth on Acid and Drumcode, she has solidified herself in the world of techno as a force to be reckoned with.

A relatively recent up and comer in the scene, NYC’s Charles D made an explosive impression with his 2020 release ‘You’ on Pryda Presents (who’s label boss will also be playing at the festival).

Since then, Charles has continued to gain support from the top DJ’s in the industry such as Adam Beyer, Layton Giordani, Bart Skils, Above & Beyond, Cristoph, Kryder, and more. On the first Friday of each month his audience can tune in to his radio show, Synthesized Radio, where his taste of Techno is on full display.

Expressing a musical venture which draws from the combined roots of IDM, house and techno, Mind Against are the Italian-born, Berlin-based duo of Alessandro and Federico Fognini.

Their masterful interpretation of techno shines in their music – they’ve had collaborations with Tale of Us, and remixed the likes of Green Velvet and Art Department. Needless to say, we are excited to be seeing them bring their unique flavor to the park.

It’s no surprise that we will be seeing a lot of Germany-based acts over the weekend, but we aren’t complaining. Teenage Mutants started out as two friends throwing parties, and discovered they can do much more together. Their mantra, “Techno With Drama” is what motivates them to give their audiences fresh, heady, and hypnotic sounds. This might be the set we’re looking forward to the most!

Overall, DAY.MVS XL is continuing the absolutely stellar streak that FNGRS CRSSD has been on since they started throwing events in San Diego. Whether you’re into house, techno or both, hey’ve brought us top notch acts for the past 7 years. Next weekend cannot come fast enough.