Mielo has the hustle. In only two years, the University of Iowa graduate has risen from the depths of Soundcloud to appear on lineups for major music festivals and provide support for scene royalty like Diplo. After texting back and forth with Brett Stogsdill, we found a place at Freaky Deaky to sit and chat with the up and coming producer about his approach to making music that turns heads.

The story of his first single is a familiar one, even though his sound is not. After producing the dripping, feel good track Surreal, and spending hours of his own time sending emails to industry blogs, the right people quickly began to take notice.

Randomly, Mr.SuicideSheep found it on the internet and then posted it. I had actually sent it to them already, but it wasn’t how they first heard the track.

Since April of 2015, his debut song has racked up close to 700,000 listens on Soundcloud. And his other remixes (most notably an incredibly fresh take on Porter Robinson’s Say My Name that we’re still geeking over) have fellow artists giving props as well.

That’s one of the most full-circle things. I played a show with [Porter Robinson] two weeks ago, and he came up to me and said, ‘I keep seeing your Say My Name remix on big blogs.’ That was like the first thing he said to me after I introduced myself, and that was pretty cool because it’s my tribute to him.”

He admits that his modest discography can be attributed to his emotional approach to songwriting.

If I don’t like something, I delete it all.

Lucky for us, what he’s put out so far is slammin’, and after hearing his newest release, Pretty When You Cry, during his well-attended Saturday afternoon set, we’re happy to confirm that some things are just worth the wait. Read the full interview below. Mielo: Yeah I opened up a stage and stage, but I played at the afterparty with GRiZ and Tokimonsta the day before, and that was the coolest thing.

Sean: Tell us about the inspiration for Mielo, and where did that Alias come from?

Mielo: I was just DJing at the time. My name was Stogs, you know, like my last name. I went to the University of Iowa, I wanted to do more and produce music, and be less of DJ. Not that there’s anything wrong with that. I just wanted a more musical aspect going on with my life, and I saw Porter Robinson. I was already itching to try to do something new. I saw him and thought, ‘oh man, I want to do something like that!’ something that was a little more indie, electronic versus dance, “go ham” type stuff. I have a mentor who taught me how to produce music, he’s getting pretty big now too, I just called him and said I want to do something new. My dad’s middle name was Milo. I always liked that name. He’s the third, and I was going to be the fourth, and then he decided not to name me that. I added the E so I don’t have to deal with people searching online and finding stuff like Milo and Otis instead [of my music].

Megan: Gotta get that SEO on point!

Mielo: Exactly! And that was basically the birth of that. I spent about eight months just trying to learn how to make that style of music, and then I dropped Surreal on April 30th, 2015, and that was my first song.

Sean: Awesome! And we love that Porter Robinson remix too.

Megan: Yeah that Say My Name track is so sick!

Mielo: That’s one of the most full-circle things. It was a year after when I met Porter. I also played a show with him two weeks ago, and he went up to me and said I keep seeing your Say My Name remix on all of these big blogs and stuff, like the first thing he said to me after I introduced myself, and that was pretty cool because that was my tribute to him.

Megan: Did you have to change your underwear after that?

Sean: What I love about it, though, is that it’s like an old Porter song, but in his new Porter style.

Mielo: A lot of people when they remix, they just try to take the vocal or something, but I just sampled all of his glitches from the old track because I wanted the complex chill vibe that he uses today with the future bass, downtempo stuff.

Megan: A lot of blogs have referred to Porter’s newer sound as the shoegazer subgenre of EDM because of the indie hooks and distorted sounds. You’ve really adopted that sound and elevated it in such a way.

Mielo: It’s fun to make too because I don’t have to worry as much about the standard EDM structuring with the build-ups and stuff. It’s more like making really cool unique drops and really beautiful breakdowns, and that’s what I like making too. I’m experimenting more now with different BPMs and stuff.

Sean: So, tell us about that new song you played today.

Mielo: It’s coming out in two weeks. It’s with this singer, Ieuan. He’s like, 18 years old, he has a sick online following. I was listening to Black Bear and his song, Too Young to Die was the recommended song. II hit him up on Twitter and I was like “yo, you’re sick” and we’ve just been talking and it was originally a remix and I completely reworked it to a new level, kind of like when DJ Snake released I Know You Like It, It was an Alunageorge song and he completely changed it and released it as an original. That’s basically what I did, I sampled the vocal and made a new song out of it. I think KissFM in Chicago is premiering it and I’ve already lined up some really dope support that I’m really excited about.

Mielo: Pretty When You Cry.  I think the vocalist, Ieuan, is going to be really big too. All of his songs have a few thousands listens on them and he’s gotten them all organically from just tweeting his links and stuff. He retweeted one of my tweets about some new things I had coming out with him, and I had 50 retweets within 20 minutes. He’s got dedicated, real followers.

Megan: You started your career with the internet at your fingertips. It’s helped make everything from releasing music to meeting collaborators way more accessible for you.

Mielo: It’s cool. I put [Surreal] out, and I sent a shit ton of emails to blogs. Randomly, Mr.SuicideSheep found it on the internet and then posted it. I had actually sent it to them, but it wasn’t how they first heard [my track]. Their upload on SoundCloud had like 600,000 listens. I just sent it out and waited for people to repost it. Now it has something like 2 million views. Megan: What’s next for you? You have this big single coming out. Is this part of an EP?

Mielo: I want to do an EP but I’m a super slow songwriter. I’m like BEYOND SLOW.

Sean: It’s okay, though. Because each of the songs you’ve put out has gotten a lot of attention.

Mielo: That’s why I have to tell people and let them know, “hey, I’m actually making music”. I’m very emotional about writing. If I don’t like something, I just delete it all. I think the Porter Robinson one I started six different times over six months, and then I wrote the [version that you’ve heard] in one day two weeks before I dropped it. I just wrote it and was like, “Okay this is cool” then sent it to my manager, mixed it, remastered it and put it out.

Megan: That’s how it’s gotta be sometimes. I’m sure you just hit a wall and then you’re like “Fuck it” and it turns out to be brilliant.

Mielo: That’s how it goes. I get pissed until I want to do something different, and then it works out. That’s how it happened with the new song too. I was sitting on the Pretty When You Cry vocal for a couple of months and I told him I wasn’t going to do it, then one night I was in my hotel listening to the Duke Dumont track, my agent was with me and my iTunes was playing, and then [my track, which was] a work in progress from a month ago starts playing and my agent is like, “This is sick, who did this?” and I was like oh, that’s actually a work in progress that I’m not going to finish, and he was like, this is actually good and it’s not even done? You should finish this. And I got it done that weekend.

Megan: What words of advice would you give to other artists who have been sitting on tracks, because you know that there are a bunch of those stories.

Mielo: Don’t worry about if other people are going to like it. If you like it, remember, you have good taste. The majority of people who make music have good taste. We’re just hard on ourselves. Don’t be afraid to put stuff out. Don’t think you’re not good enough. Even though I’m not that big yet, a year ago, if someone had said I was still playing shows and that I wasn’t a one-hit wonder, I wouldn’t have believed it. You just have to believe in yourself.

Sean: Do you play outside of Chicago a lot?

Megan: No bigs tho. Whatever. Just kidding, that’s fucking dope. In Iowa tho? Do they get down?

Mielo: [We’re playing] at the Seven Flags Center in Des Moines. I think it’s sold out, like 3,000 people. Shout out to Dan Green from Iowa. He kills it. He literally has got that whole scene killin’ it. I also played 515 Alive in Iowa. The headliners were A$AP FERG and Zeds Dead, and that one was sold out too. I went to school in Iowa, and I’m pretty sure I have a bigger following out there. I’m probably going to start slowing down with shows, though. I’m going to get with a talent agency and start working on putting out more music.

Sean: That’s great, though, you are playing with a wide variety of artists. Diplo. GRiZ. That’s huge!

Megan: It’s the hustle, it seems like you’ve got it, dude.

Mielo: You have to! Stream Mielo’s newest single Pretty When You Cry below and download it for free here.

Article and interview by Megan Venzin and Sean Roper 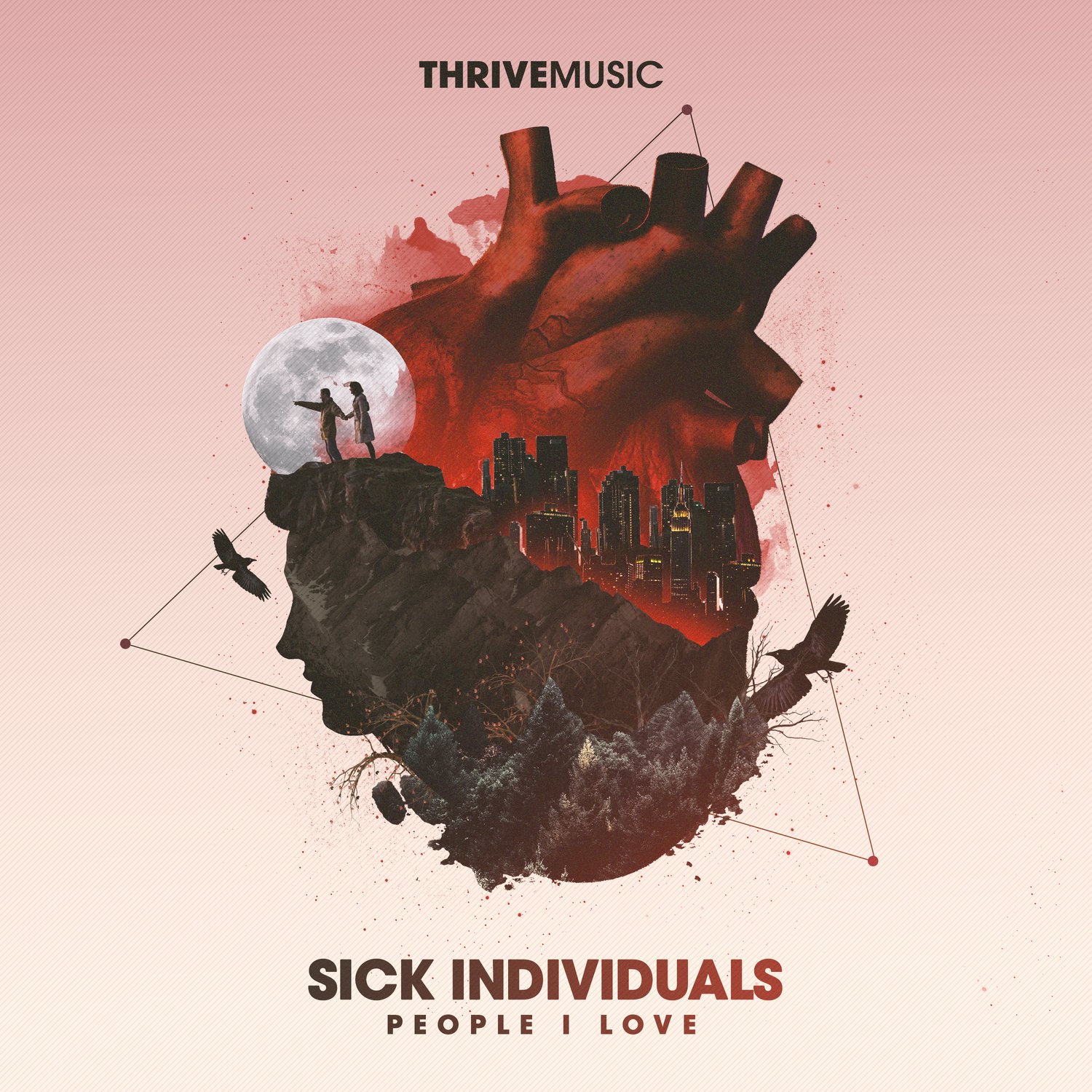 Sick Individuals Take on New Vibe with ‘People I Love’ 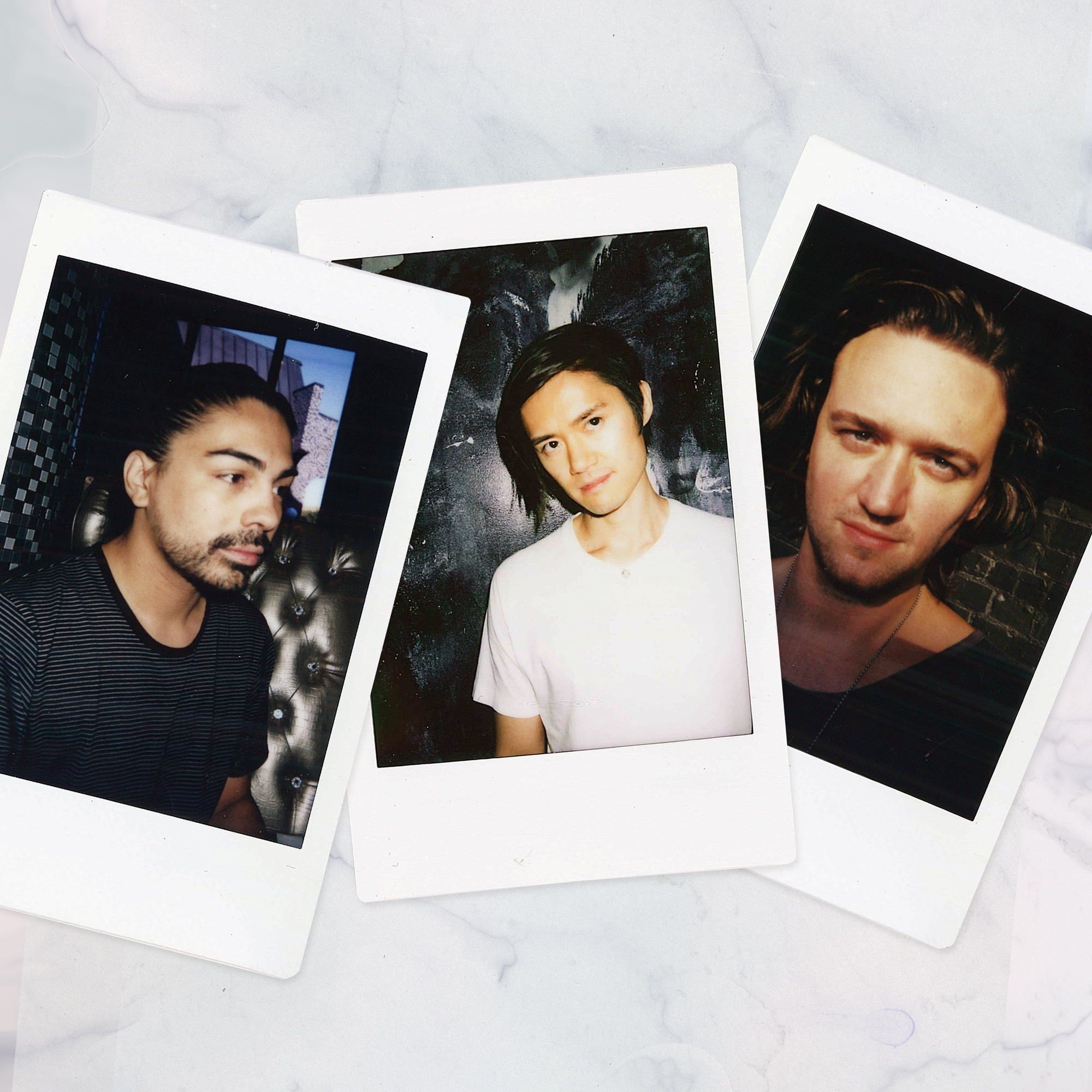