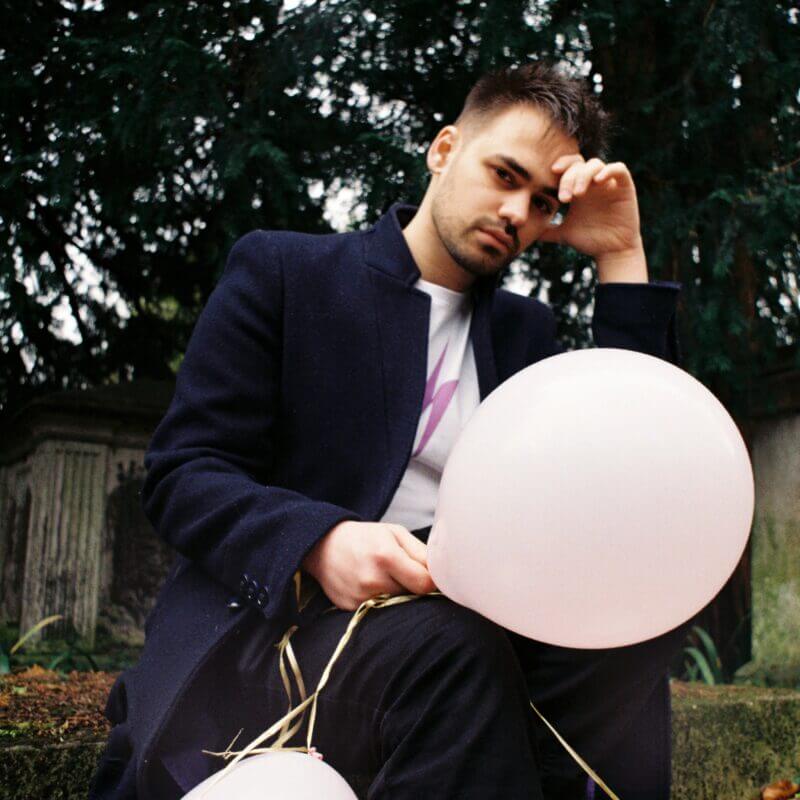 Kamran Ramsden is a London-based artist who is at the forefront of the indie movement. Heavily influenced by his dad’s love for music, Ramsden listened to timeless artists Queen, Oasis, and Led Zeppelin throughout his childhood. After performing with a number of bands in and around his hometown, Ramsden decided it was time to take the next step in his music career. The rising artist moved to London to gain more exposure and develop his musical talent.

Since then, Ramsden has gone on to release indie sensations like “The Line”, his debut single in 2019. Ramsden’s recent single “Veronica”, really showcases his identity as an artist and the direction he wants to head in. Groovy guitar progressions are blended with his soothing vocals to deliver a classic hit. Elements from vintage artists like David Bowie and The Cure can be heard throughout the track.

Coming hot off the tails of “Veronica”, Ramsden is back with “Unfortunate Star”, the second installment of the ongoing EP, “Funeral For A Birthday”, that he has been working on. “Unfortunate Star” has all the makings of a 90s indie rock track while incorporating modern indie elements as well. With help from co-producer Jake Reynolds, the song is a melting pot of genres that highlights Ramsden’s spectacular voice.
Speaking of “Unfortunate Star”, Ramsden says, “we all have unfortunate stars in our lives that guide us back to them, let this song be a reminder that you’re better off without yours!” The theme behind the track is that we are sometimes drawn to unhealthy relationships more than the ones that we know are good for us. By joining forces on “Unfortunate Star” Reynolds and Ramsden have created an anthem that is sure to take over the indie scene.