Good music is far from being in short supply down in south Florida. With house music & reggaetón being in the lead for popularity, every now and then it’s nice to switch it up with some ear shattering bass. Late on a Friday night, Funtcase came out to Club Space and you better believe he brought the madness. But before he bruised my eardrums, I had the chance to sit down with him and get weird for a second. Check out the uncensored interview below. DB: Similar to our last interview, I want to keep things weird. So today, we’re gonna talk about conspiracy theories. I want to do a spin-off of ‘Fact or Fiction’ that I call  ‘Substance or Shit’.  I’m gonna run thru some bullet points here, and  let me know what you think.

DB: With Zuckerberg in the news recently, there’s been talk of him being one of those reptilian shape shifters. What do you think? Substance? Or Shit?

FC: No, its shit. I do think he is probably part of a much bigger thing, like the illuminati for instance. Where people in a position of power, like rich people, anyone who has the ability to collect data and information i.e. Zuckerberg, I feel like there’s a group and he’s in it. Obviously, he’s not a shape shifting reptile. There’s also reports that Justin Bieber is a shape shifting reptile. And that Australians have seen it in the flesh. But there’s no footage. So yeah haha

FC: Yeah. I watched Zeitgeist. I genuinely believe it was an inside job. This is the thing, whether it was initiated by the Government. My theory is, it was brought to the Government by another group within the American regime, or whatever. It wasn’t Al Qaeda, it wasn’t any of that shit. I have a feeling that, let’s say someone rich and powerful, hired a group to mastermind a plan, and then they brought it to the Government and showed them what they can get out of it. And then the Government probably gave them the nod to do it. I don’t think it was actually like George Bush went: “Wow, we need to blow up the twin towers.” I have a feeling it was brought to him.

DB: Damn, that actually makes a lot of sense. So, what do you think about chemtrails?

FC: Mmm, Im not sure. It’s extremely possible in every sense, but it could just be complete bullshit. One thing I did learn is that NASA makes clouds.

FC: NASA have a huge machine that creates clouds. It’s all on the internet. You can physically see it, it’s not hidden. They create a huge vapor and it blasts out at an insane rate, then stops. And then that goes up in the air and it creates the cloud. Jeremey Clarkson, from England, did a program on it. That cloud that was created, rained 10min later. It’s a genuine cloud. So the more clouds we see, there’s some that may be from NASA.

DB: Thanks for the rain NASA haha. This next one goes back a little bit, did Courtney Love kill Kurt?

FC: I feel like it was a combination of both of them. They were both off their faces on drugs, they both probably had some crazy ass conversations, and it’s very possible Courtney had talked to him about killing herself, and he probably went through with it and she didn’t. She probably saw what happened to him, freaked out, and went “there’s no way I’m doing that” and it all went a bit fucked.

If you listen to his lyrics, there’s this deep, deep meaning in there. And he obviously had some sort of weird thought thru out his life. And it obviously got to a tipping point. And I feel like she wasn’t supportive to try and help him out of it, I feel like she sort of justified it to him like; “Yeah I see what you’re saying, I understand. I kinda wanna do it too.” And then I have a feeling that he did it, and she dipped out and bottled it. And now she’s living her life with the guilt.

DB: Wow, that was well thought out.

FC: That’s just off the top of my head, but that’s what I think.

DB: Well, staying in the realm of music, Tupac & Biggie. Their deaths, do you think the FBI had something to do with it?

FC: Umm, no. I think Suge Knight had a thing to do with it. I think Biggie was killed, but I think Tupac wasn’t. I’ve seen A LOT of evidence that suggests Tupac is alive. There’s been a lot of sightings of Tupac in both Cuba and New Zealand. I think Tupac was trying to get out of it. He already had too many enemies, the music life got way on top, he was probably too busy and stressed to get all that shit done. And I feel like the whole thing ended up in a big melt down and he went “I need to get the fuck out of here, and the only way I can do that is fake my death” Because, you can’t be Tupac and go anywhere in the world. Everyones gonna go, oh, well, Tupac is here. Same with Hitler for instance. He went to Argentina.

FC: So, if you wanna have your mind blown about Hitler, watch a program called “Hunting Hitler”. It’s these people that literally follow all the evidence that suggests he went to Argentina. There’s like secret bases, German run bases, which are still Germanely manned today in the middle of nowhere in Argentina. So it’s the same idea for Tupac and Hitler, you cant just skip off to another country being as famous as you are. You have to go somewhere secret as fuck and build a community. I feel like Tupac has probably done that.

DB: You know what, you’ve convinced me! DB: Well, those are the big ones I wanted to cover for ‘Substance or Shit’. I’m sure that I’m not the only person who’s curious about this next one, but how’s Gizmo?

FC: Ha! Oh Gizmo’s great. Yeah, as you can see by my arms, my scratches, I’m absolutely covered. Including my butt cheeks as well.

FC: I’ve got scratches on my stomach from where she tries to jump up and cuddle. I’m like “AHH” then she digs her claws in and falls and rips the claws down and shit. So yeah, she’s lovely as fuck, but she’s also the most annoying bastard in the world.

DB: And is she back home?

FC: Yeah, she’s back home. At the moment we’re teaching her how to walk on a leash. I live in a 7thfloor apartment so it’s hard for the kitten to just got and venture outside. We’re keeping her indoors right now. And every now and again well put a harness on her without the leash so she can get used to the fact of wearing it.  And we’ve been slowly bringing her outside with the leash more and more. But yeah she’s great, but she’s also insanely annoying.

DB: Hahaha, she sounds like a good kitty to me

FC: That she is

DB: Well James, that about wraps things up for this time. Maybe I’ll see you out at Lost Lands this fall

Stay up to date with Funtcase, his upcoming shows, and releases. 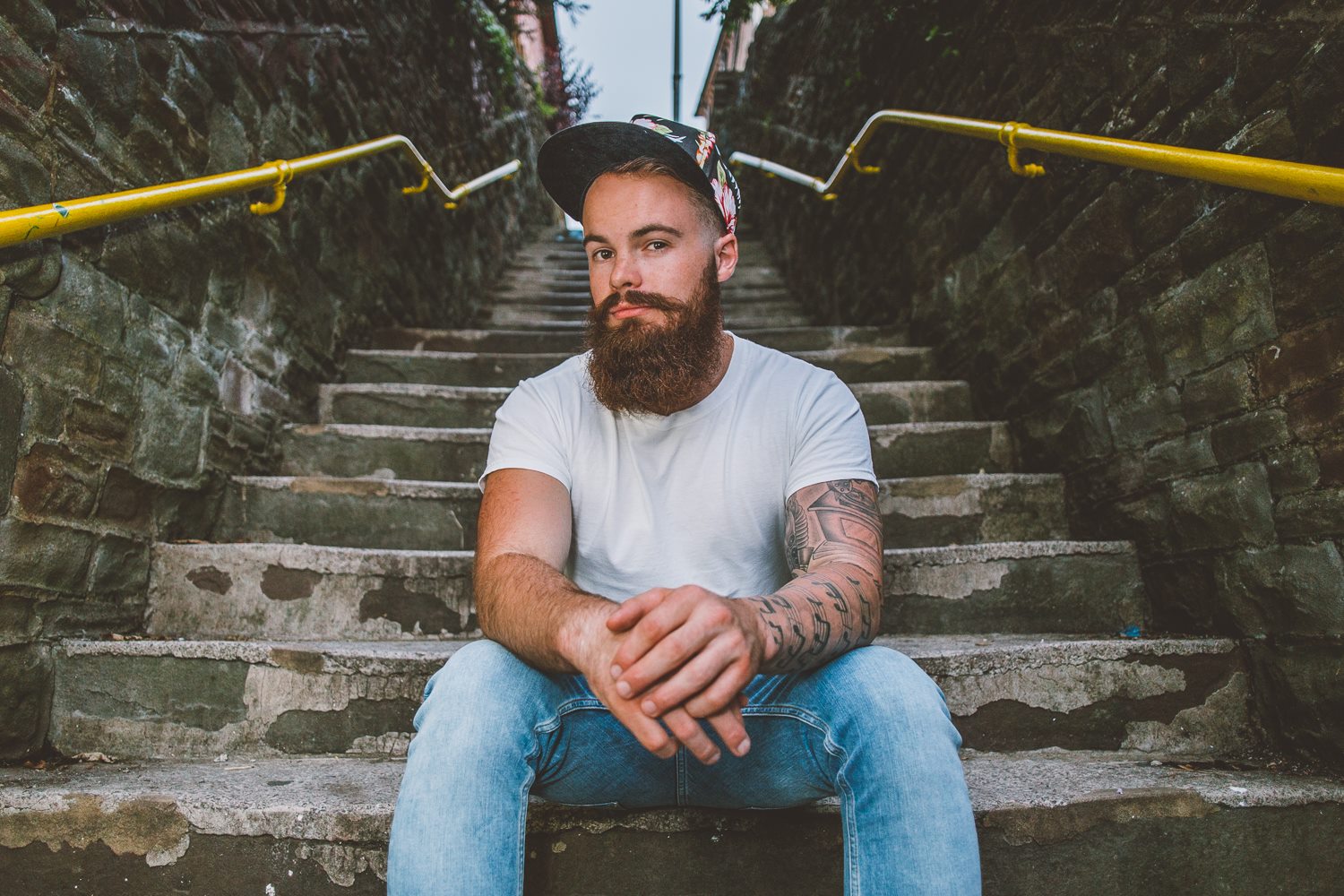 Will Clarke Is Coming to Los Angeles This Weekend 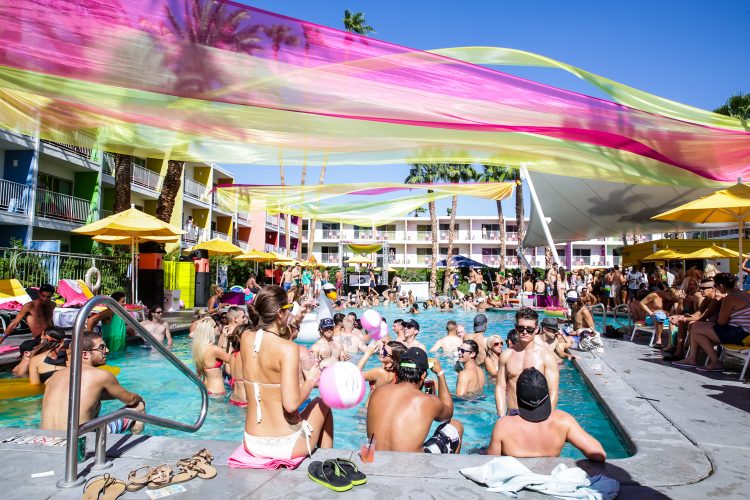