Santa Monica to DTLA to Long Beach airport. Friday was a rather stressful day and as I boarded that plane which would touch down in Vegas within the next hour, I realized I was returning to the first festival I’d ever been to. Five years later I decided to give EDC Las Vegas another chance. Walking out of McCarran I was welcomed to Vegas by what felt like a dry, hot towel hitting my face. 110 degrees, really the only way to do it. A quick ride with some friends and some time at the hotel and we were off to the motor speedway. Ready to sit in excessive traffic, with cars bumper to bumper for miles, filled with eager festival goers prepared to have an amazing time at one of the biggest music events in the world. I was hesitant for a minute as we walked up to the gate.
“What if this time is as bad as the last time…?”
And as I entered the speedway and walked up the steps to one of the most glorious sights I’d ever seen, suddenly, another voice in my head crept up at the perfect moment with;
“What if its the best weekend of your life?”

And then I was in…blissfully unaware of the amazing time ahead of me. FRIDAY – It begins…
With a late start Friday night, we decided to head straight to bassPOD for the always entertaining Zomboy. Walking in, your eyes immediately go to the giant pod barriers that set the space for the stage where so many great artists would make their mark. bassPOD seemed different than other stages. A smaller area, but one with an attitude all of its own, enclosed by towering, crosswise pods welcoming you to the land of heavy bass and thunderous dancing. A setting marked by some of the highest levels of intensity in the whole venue. This was a true haven for all bassheads looking to get their fix before venturing off into the night.
Luckily for us, the next artist on our list, Galantis, was at circuitGROUNDS, just a few steps over. Making our way through crowds of Rick Sanchezs and Donald Trumps, we found ourselves in a sea of people ready to runaway from anything holding them down. circuitGROUNDS welcomed us with an open expanse and towering pillars. As we gazed up at the infinite set of lights jumping back and forth, our eyes immediately took to the sky as it began to explode with variants of colors and shapes. It was time to move on to quantumVALLEY…
A friend suggested a trip to quantumVALLEY for the Freedom Fighters set. We made our way down Rainbow Road and found ourselves unable to stand still as Freedom Fighters had the whole stage immersed in an impressive light show and endless psytrance. Set in a large tent with vertical space taken up by totems and lasers, we lost ourselves in this smaller stage with energy that could only be rivaled by the intense vibrations we’d felt at bassPOD.
With a final appearance at kineticFIELD to show Afrojack some love, we slowly made our way through the festival and back to our car for the trek back to our hotel. A solid prequel to the rest of the weekend. SATURDAY – The more things change, the more they stay the same…
Saturday begins with a trip to a hookah bar, because when in Vegas…you do what you would otherwise do on a Saturday in Los Angeles. Catching up with friends we didn’t see the night before and prepping for the night ahead with a stop at the Daylight Beach party for some Jamie Jones and Green Velvet. Much like the helpful reminders in the EDC app suggesting water breaks, a stop at the Daylight beach party was like a tall glass of cold water in the middle of a walk through Tatooine. As Jamie Jones and Green Velvet lit up the modest stage, we sat back and enjoyed the good vibes and cold water in the hot Vegas sun. I bid adieu to the new friends I’d made and head back to my hotel to get ready. Saturday was going to take a lot out of me.
We made it a point to get in earlier and use Saturday as a day to explore.
At some point during a festival, its always a good idea to get lost for a bit. I left my friends and headed to Rufus for what was bound to be a relaxing set with nothing but love in the air. As Rufus took their leave, I climbed up to the seats in front of cosmicMEADOW to prepare for another journey of life that is Porter Robinson‘s performances. Within minutes, cosmicMEADOW was packed and somehow both very intense and quiet at the same time. Porter came on and changed our lives again as he always does. Another amazing set to put us all in new trajectories on our own paths. We somehow managed to be at the perfect spot for the Saturday fireworks show. As the stage lights dimmed, the fireworks began and the only word I can use to describe the experience is “unreal”. With Porter helping us say goodbye to the world, we were mesmerized by an amazing sight and a lost feeling of not knowing where we’d head next. Until we realized it was time to get trolled by Dillon.
Our first full experience at Kinetic was nothing short of Amazing. Like a warm feeling of being embraced after a long trip away from home. We found ourselves listening to the opening of Kanye’s Runaway as it turned into an old MCR tune everyone in the crowd was more than familiar with but had neglected since our days as quiet emo kids. The black parade began as we continued to dance and enjoy the brilliance of kineticFIELD.

We ended the night with an electrifying performance at bassPOD by Datsik. One that could only be characterized as total insanity with a hint of sanity at the end as he finished his set with a remix of Stand By Me following an ode to friendship. SUNDAY – I wish EDC lasted forever…
Rinse, repeat; lunch, hookah, pool parties, Shake Shack for the first time.
And we’re on our way back to the promised land for one more magical night.
Thinking back now, all our nights began or ended at bassPOD…
With my friends at bassPOD, I made my way to Flosstradamus at circuitGROUNDS and went as hard as I possibly could. A great intro to the night for some of our favorite artists of the weekend. As Floss left the stage and headliners moved toward kineticFIELD for Marshmello, I stood eagerly waiting for 2/3 of Swedish House Mafia at circuitGROUNDS. I couldn’t be bothered, it was time to see the artists who were the only good thing I remembered from my first trip out to EDC in 2012.
As Axwell /\ Ingrosso came on, blessed the stage and head out for the night, it was now clear that we were almost at the end. After a short lived panic of not knowing where my crew was, we finally found each other and made our way to kineticFIELD for one of the most epic sets of the night; Alison Wonderland B2B Diplo B2B Jauz. With one last out of this world display of fireworks, we experienced Gaia all together one final time as this triple back to back set of all-stars created an experience of a life time. With one final stop in circuitGROUNDS for Excision, we ended the night with a trip to quantumVALLEY for the man himself, ATB.
As we made our way out on the final night, all I could think about was how badly I wanted the night to keep going. Looking over at the horizon it was almost heartbreaking to see the rays of the sun crack the night sky. Some part of me wished for an eternal night, one that we could use to escape from reality and keep dancing under as we created our own light. But that’s just a dream, because knowing that EDC 2017 would come to an end is what made the experience itself so amazing.

As we walked out that night, I took a detour to capture one final image of the festival. That same voice crept up once more and asked how my weekend was. I couldn’t help but smile and think to myself, “what’s one weekend, when you have memories for a lifetime?”

Until we meet again under the electric sky.
– Written by Asad Chishty 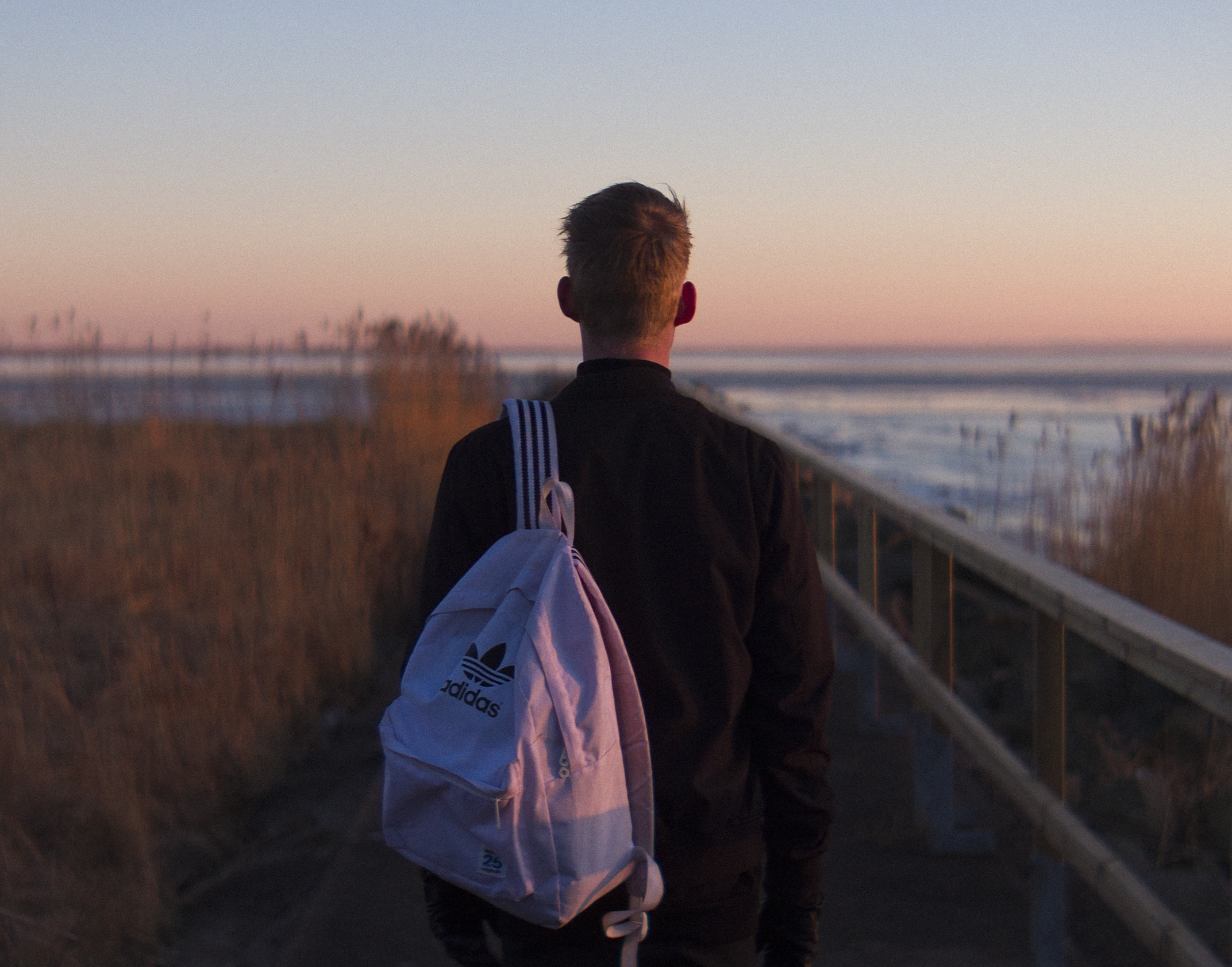 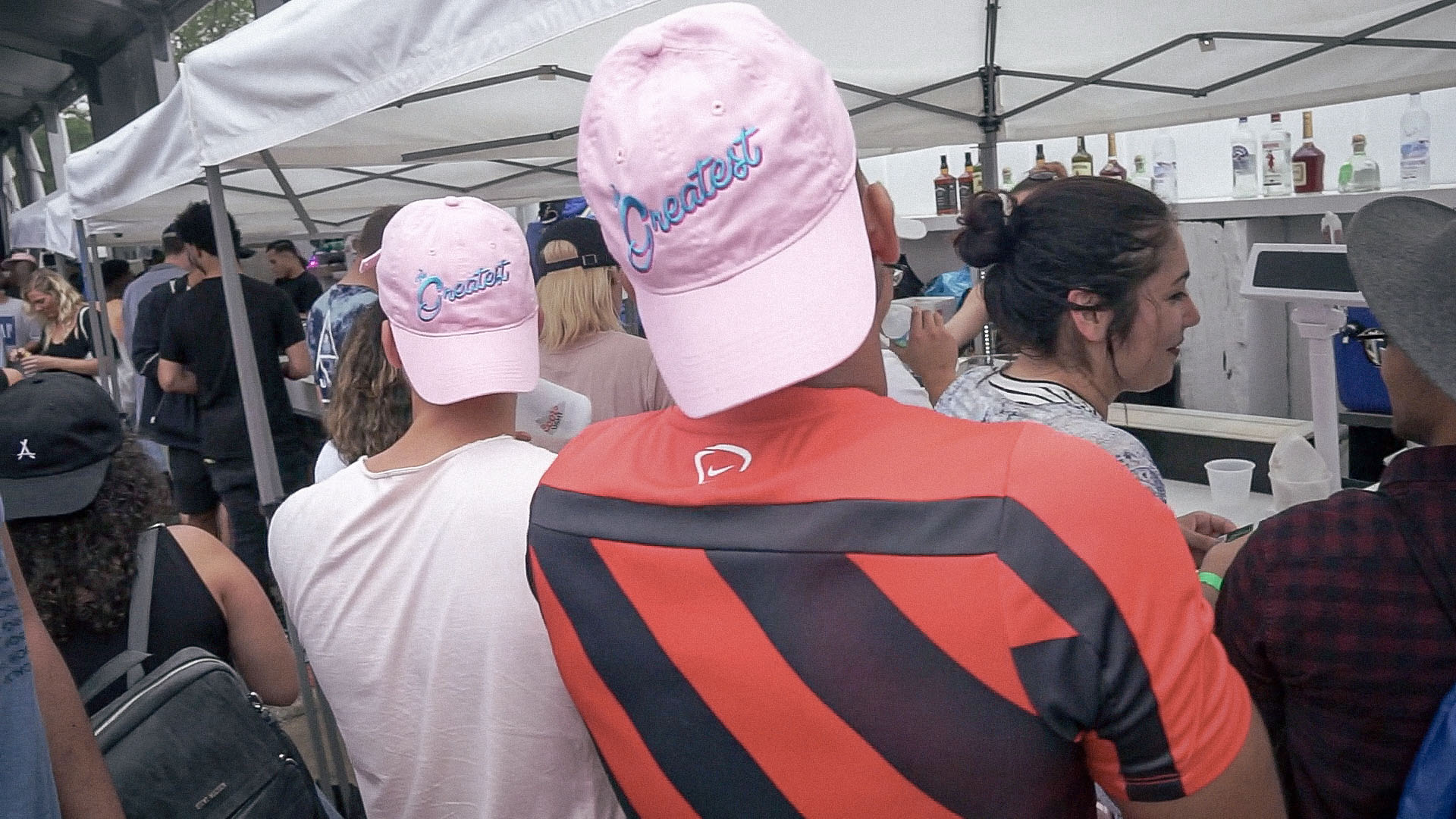 Greatest Day Ever! returns with a heavy-hitting line-up for NYC