About three years ago when I had just turned 20, I happened to be in Las Vegas during the time EDC was set to take place. All I knew about electronic music was my small iPod collection of deadmau5, Avicii, and Kaskade tracks. I had only seen videos of festivals and thought I would never be able to go. But being in Vegas changed that. The whole week was chock-full of club nights and pool parties from some if not all of my favorite artists at the time. Knife Party had a residency at the Wynn. Calvin Harris and deadmau5 shared a huge banner on the side of the MGM Grand for Hakkasan Night Club. Avicii and Krewella also had their respective residencies. It was a young EDM fan’s dream land outside of EDC. I was still new to the whole idea of music festivals and raves, and was ready to take on some shows head on (well, outside of 21+ clubs, respectively). I ended up buying a ticket to Bassrush Massive the night before EDC 2013 in a “YOLO” type moment. Little did I know this would end up lighting the fire for my festival obsession. Fast forward to now, I’ve been with Daily Beat for two years and have been to more events across the country than I can count; I still haven’t felt burnt out yet. My tastes in music have definitely grown since my beginnings and I’m confident that there is still so much more to discover.

But it seems like everything around me is starting to change…

Even though we are only four months into the year, 2016 has already proven to be a year full of change for dance music. We have seen the downfall of event company SFX, who had brought out the massive events Electric Zoo, TomorrowWorld, and Mysteryland. Carl Cox is playing his last season in Ibiza this year after 15 straight summers full of techno. Stereosonic in Australia has been cancelled permanently. There have also been many reports about the “EDM bubble bursting” which I think is a little premature, but is the excitement surrounding dance music really coming to a screeching halt?

To put it simply, no.

As most major sources are reporting, fans all over the world are starting to see their dreams collapse as ticket prices soar higher but lineups become more repetitive. Although this is true in its essence, it does not mean that we, as lovers of the scene, cannot do anything about it. This just means we have to change our methods. As the fans we have a responsibility of our own, which is to ultimately look between the lines of all these big festivals and events. When you see people saying nasty things about a lineup, for example Coachella, such as “it’s just about the money this year” or “nothing will ever be as great as 2006” you have to take it with a grain of salt. There is so much more that Coachella has to offer than just the headliners (or even the music) and I only went last year when the demand for the festival seemed like it was at a low point. The amount of people there anyway said otherwise. The festival had some awesome electronic and dance music acts that I had never even heard of at the time, and because of that I feel like my level of appreciation for music quadrupled. This happened because I went with the mindset that I would have a great time, despite what ANYBODY said. I recommend that you think this way when you go to events, it might just change your perspective.

Find artists you’ve never heard of, take time to listen to what they have put out, maybe find the closest show they’re playing to you and check it out. It is crucial to take your passion and use it to find new alleys to further grow it into something truly fruitful and beautiful. Most importantly, make sure that your identity in the scene is one of yourself and free of outside influence, because that is what causes positive fluctuations of morale for the big picture. That does not mean you will like everything, but being open and crafting your own opinions about what’s happening keeps the scene fresh and exciting. There is a way to handle everything you see positively and constructively. Do not let trends alone guide you because that may lead to more disappointment in the end.

This is a call to everyone who has found themselves in the beautiful world of dance music and seek to enjoy themselves at live shows. Do not just take it all as a giant party, but use your time there to create lasting memories. Make new friends by talking to total strangers at your local venue. Find out they like the same music you do and are going to the same big festival in a few months. Have an awesome time, and be happy for the experience you shared. Plan to go to more festivals with them. Keep in contact outside of festivals. Go to a secret underground show for a low key artist you’ve discovered together. Realize there is much more to music than just what the big dogs have to offer. You will soon realize the real reason that people go to big festivals, and that is for the genuine experience. That way when you decide to plan your next big festival trip, you’ll know that you and your squad will have a great time for sure and not think twice about it.

Dance music is not nearing its end. If anything, it is still only beginning. Change is inevitable, and we have to embrace it and do our parts to make a better scene for ourselves. Keep that fire inside burning, and never lose passion for what you love. 2016 is a crucial year for the entire world, music included. I will leave you with one last bit of advice: Think globally, act locally.

Cover photo by Get Tiny Photography

An Ode to Okeechobee Music Festival 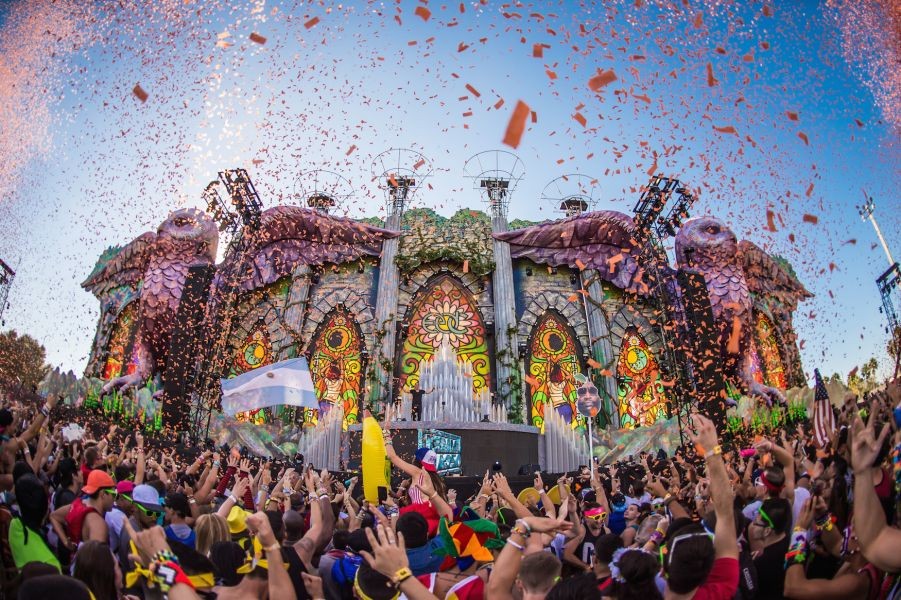 Fawks Welcomes You To Los Angeles