Los Angeles based synthwave duo Calico Sky recently released their debut single titled “Stay in Bed.” Composed of twin brothers Jonathan and Joel Nesvadba, Calico Sky’s music explores the death of the California dream while delivering authentic and relatable messages based on the hardships of living in Los Angeles and life’s every day challenges. Jonathan works as the studio/tour manager, and sometimes bass player for revered electronic music artist Moby whereas Joel is currently pursuing a doctorate in music at the University of Southern California.
The idea for the band first arose back in 2014 when Moby asked many of his friends to produce unique covers of his song, “Almost Home.” The brothers had already been experimenting with hardware synthesizers in their Echo Park home studio. Inspired by David Bowie’s “Labyrinth,” Jonathan and Joel began developing a cover of “Almost Home” that evoked an ’80s feel, highlighted by Beatlesque vocal harmonies. The project soon gave birth to Calico Sky, a melodic synth-pop, nostalgia-infused project accompanied by McCartney-influenced bass lines and the lush tones of analog synthesis.
We recently had the chance to catch up with Calico Sky. Read the interview below to learn more about this exciting duo.

What has it been like releasing your debut single in the middle of the pandemic?

Jon: It’s been surprisingly relaxed and low pressure. Even though we miss playing live, it’s been nice not worrying about how many people will show up to our single release show.

What are your thoughts around the current social distancing orders?

Jonathan: It’s not a perfect solution but with so much unknown about this virus, it’s the best way to keep us safe. People should stay at home if they are able. It’s a shame that this thing has become so political. I blame it on a lack of leadership coming from Washington. Without having a national strategy, Americans are confused. Some are turning to conspiracy theories. Conspiracy theories can be fun…

Jon: But during a global pandemic, where lives are on the line, they’ve become dangerous.

Joel: So if we can’t go out like we used to, we might as well stay in bed. Work from bed, watch Netflix, sleep in.

Why did you decide to name your musical project Calico Sky?

Jon: It’s a tribute to one of our favorite Paul McCartney songs off of his solo record, Flaming Pie (1997).

Joel: Right, called “Calico Skies.” When we first started playing in bands in high school, it was with a Beatles cover band. So it’s sort of an homage to our roots.

What is it like being brothers in a musical partnership?

Joel:We’ve been singing together since we were little kids. Our dad used to have us sing soprano duets in his church choir in Fort Worth, Texas, and we did a lot of duets at our boys choir school.

Jon: Makes a lot of sense for us. We’ve backed up other musicians, but this is the first project that’s truly ours. Being twins, it’s always easy for us to be on the same page. We tend to be pretty hard on each other but I think that’s because our relationship is so honest.

Joel: It’s really easy to harmonize with someone who has almost the exact same voice as yours. Everyone should get a twin, I recommend it.

Jon: It’s different between the two of us. For me, I like to find a “musical problem,” like an unconventional chord progression, or a dissonant melodic gesture, and make it as accessible and catchy as possible. Our perception can be so malleable when we hear a piece of music for the first time and I like to play with those expectations.

Joel: I’m not naturally lyrically driven; I struggle to hear the words when I first hear a song. So that’s where I start, and try to get the hard part done first. Once I find an idea I like, and develop it into a sort of verse/chorus framework, then I start developing a melody and chords. Usually by playing a synth or guitar over a drum machine. We build the rest of the song by sequencing synth parts in Ableton Live and then finish the track in Jonathan’s Pro Tools rig for vocals and mixing.

Where do you get your artistic inspiration from?

Joel: I really got into synthesizers as an outlet from grad school where I was studying medieval and renaissance music. Electronic synths are basically as far away as you can get from 12th-century troubadour music. I bought my first hardware synths (a MicroKorg and an Arturia MiniBrute) in the middle of my master’s degree. Playing with the sequencers and twisting knobs always inspires me.

Jon: For this project, definitely films and music from the 80s. I’m reading Phillip K Dick’s “Do Androids Dream of Electric Sheep” for the first time right now (book that inspired Ridley Scott’s 1982 Bladerunner), so the Vangelis soundtrack has been constantly humming in the back of my mind. A lot of the synth music from that time is based on sequenced loops, where you only have to imply a chord change, rather than actually spell everything out. There’s a lot of freedom there which can be fun.

Joel: Jon originally wanted us to start a country band, but I convinced him otherwise.

Which artists would you most want to collaborate with and why?

Jon: Oh man, that’s a long list. Off the top of my head: The Midnight, GunShip, and Droid Bishop. Or anyone who wants lots of vocal harmonies.

Joel: In terms of synth legends, I think Vangelis, Moroder, and Wendy Carlos would be amazing – just to learn their approach to synthesizers. And in a complete fantasy world, to go back in time and watch the Beatles work with George Martin at Abbey Road. We wouldn’t even need to work with them, just observe their songwriting process and studio process.

Any positive takeaways so far from 2020?

Joel: This is the time to thrive as a bedroom producer. I don’t think we’ve ever been so busy in the studio – not just with Calico Sky, but for other gigs too. Not being able to play live sucks, but thank God we are in the internet age during the pandemic and can collaborate with so many people at home.

Jon: Also, learning to cut my own hair has been nice.

Jon: We’d like to thank George Soros for financing this track that encourages the enslavement of the public through social distancing guidelines and mask wearing. Hail Satan and drink your adrenochrome.

Joel: Just kidding. Stay at home if you can. And wear a mask, you crazy people. 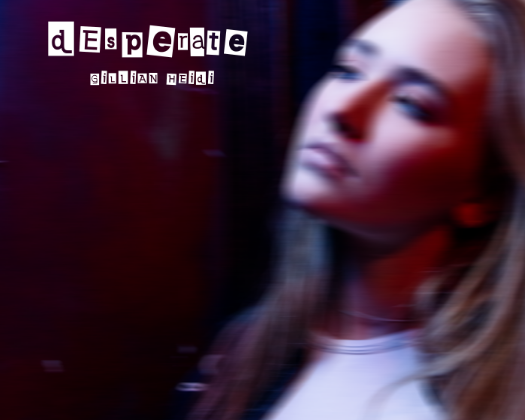 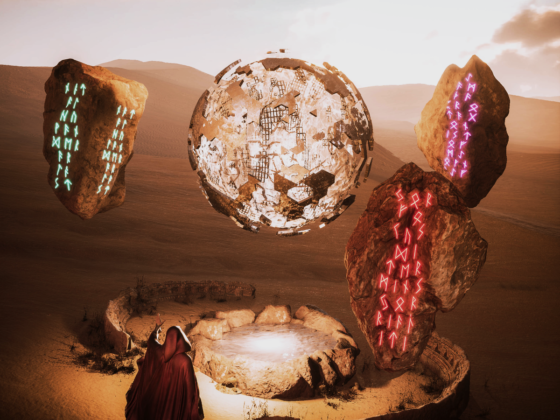