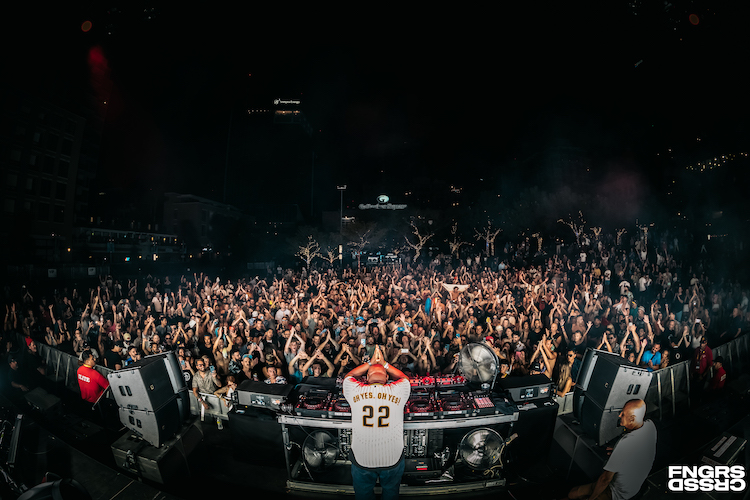 In an extremely busy week, Carl Cox made many stops in North America leading into Labor Day weekend. We were lucky enough to catch him between Burning Man and ARC Festival when he stopped by Gallagher Square in San Diego and invited some friends to play. Oh yes, oh yes!

The event venue gave attendees a nice view of Petco Park behind the stage, while also being surrounded by the metropolis that is Downtown San Diego. This set the stage for an evening of dynamic dance music, starting off with local legend Lee K, who performed her opening duties flawlessly.

Next up was the Dutch-born and Ibiza based sensation, Chelina Manuhutu. Her set was nothing short of groovy, delivering belter after belter that made it impossible to stand still.

Following Chelina was a late addition to the lineup, but a well worthy one that delighted us all. Progressive house legend Sasha brought the sun down with his selection of deep and minimal tunes. His set was a nice palate cleanser and preparation for Carl’s 3 hour headlining set.

Donning a custom San Diego Padres jersey, the man of the hour arrived and wasted no time getting started. For 180 whole minutes, he displayed the mastery of his craft blending in tunes that made the time fly by.

This edition of NGHT.MVS in the Park was a major hit, and the continued growth of dance music in San Diego can be majorly attributed to the hard work of the FNGRS CRSSD team. Make sure to attend their Fall edition of CRSSD Festival later this month!