This past Friday, I attended Bounce Boat on behalf of Ashlyn while she tent hopped at The Hudson Project and I am happy to report, ‘The Sam Bounce Takeover’ was a success. I’m also happy to report that the various groups the HornBlower Infinity hosted for Friday’s event, played nicely with one another- hip-hop heads, dub-crazies (guilty..), trap lovers and even ladies in embellished bras and snapbacks all helped in creating the night’s refreshing dynamic.

As I made my way through the maze Bounce likes to call a boat, I found myself inside the “Main Deck”  where DJ Willy Joy was already behind the tables welcoming us in with open hip-hop arms. Joy’s hip-hop tunes and reggae mixes were provoking the boys to dance with the girls early into the night, with beats that echoed out past the bow. When my curiosity finally got the best of me I set out to uncover what was going on upstairs. As I climbed my way up to the “Sky Deck,” I was pleased to see a dance space flooded and alive with my fellow shufflers. The sounds of Producer/DJ, BUKU tore through the crowd and most likely, through the Hudson River as well. As soon as Minnesota jumped on it was established (for me at least) that the sky deck was without a doubt, a floor to be reckoned with. Minnesota, generated the energy throughout the crowd with such ease, blowing my mind once again, since my last listening of him at Webster Hall with KOAN Sound. As of Friday night, I went ahead and added Minnesota to my nonexistent list of DJs who do not disappoint.

Forcing my attention away from the top level, I headed back down towards the designated hip-hop room and heard- brace yourselves.. scratching?! Why, yes. Real, live, scratching. And this, was not my dad and his midlife crisis reliving the 80’s on a Saturday morning. No, this was Just Blaze. The producer and hip-hop legend dropped for the crowd, recent Tyga tracks along with YG’s “My N***a” and “Who Do You Love?” Just also drew up some of his own produced classics from their archives and began adding in his own style of dance music elements. It became rather clear to me the point he was making- hip-hop has been living within your favorite trap tracks this whole time. However, it was Just’s scratching that stole the evening- the set brought on feelings of nostalgia about the beginnings of turntables and spilled champagne.

Friday ‘s Bounce Boat event was special in itself to say the least but what made it even better was when BUKU agreed to sit down with Daily Beat after his set and chat for a bit. Peep our interview below.

DB: Thank you for sitting down with me and Daily Beat tonight, your set was awesome- I raged extra hard that I had to run back here in order to look presentable for pictures.

BUKU: [Laughs] Yeah, I saw you out there jumping around. I guess that means I did my job.

DB: Absolutely. Okay so, I listened to your interview with Sway for ‘Sway In The Morning’ and during it you mentioned you attended college for music, what did you study?

BUKU: My degree is in music technology; I played percussion and the drums. I got my first drum set when I was eight years old. Drumming is my trade, pretty much.

DB: Have you ever played in a band?

BUKU: Oh, many, many bands.

DB: What was the name of the last band you were a part of?

BUKU: I played in this band called Thurston while I was in college and it was this stoner/metal band.

DB: As a kid did you always gravitate towards music or knew that one day you would have a career in music?

BUKU: Oh, yeah. Years before I got my first drum set at eight years old, I would go into the cabinets and bring out my parents pots and pans and actually play on them. I would drum on Tupperware containers, cardboard boxes, anything I could get my hands on.

DB: Did you get in trouble for it or were they just like, ‘we should probably get Rob a drum set for Christmas?’

BUKU: I don’t think I got in trouble. I imagine they were like, ‘he really likes doing this.’ So they just went ahead and got me a drum set.

DB: Does your mom come to your sets?

BUKU: Yeah, my folks have been to two shows of mine. When I first started, they always wanted to come but I wouldn’t allow them to. I was playing these grimy underground raves in Pittsburgh at the time that I just didn’t want them to come to. But now that I am making these nice moves in my career- playing at nice venues and whatnot, now they’re allowed. [Laughs]

DB: Now that you’re back in Pittsburgh, do you prefer it to NYC?

BUKU: I just have so much love for Pittsburgh; it’s where my entire crew is. I have this crew of other musicians that are my super, super homies. We all gravitate towards one another; we all get together and create music. Being able to be with a group of people like that- that are not afraid to say “this is wack” but “this is cool” is not something you can really have everywhere. But also, I love New York and all the opportunities you can have here. Like, doing my interview and my mix for the Sway show. That only happens in New York.

DB: Taking it back to that interview with Sway- you called yourself a producer first and a DJ second, saying it was something you took on just three years ago.

BUKU: Yeah, closer to four years at this point. I’ve been producing Electronic music on the computer for probably close to 15 years now; I’ve been producing for a long time. I started producing sometime in middle school. I picked up a program that I can’t even remember the name of now, but I picked that up and kind of worked my way through the different software.

DB: What genres would you say influenced you back then and are reflected onto the music you’re creating now?

BUKU: I am a big lover of hip-hop but over the last few years I’ve gotten super, super heavy into house and techno music. Their simplistic roots are what has been influencing me, and guiding me through some of the stuff I’ve produced more recently. A more simplistic approach, a groovier approach, where the music doesn’t have to be so in your face at all times- you can allow the music to groove.

DB: Is there a recent track you can share with us that reflects this groovier style you’re experimenting with?

BUKU: Yes, ‘Cake Dough Cheddar’ which is a metaphor for cash, money, dollars. I wanted to write a banger with a big arpeggiator break that could follow a similar melodic pattern as a lot of southern rap instrumentals.

DB: Hey the groovier, the better. Now my last question is sort of a “f*ck, marry, kill” one, only I won’t give you options in order to get a feel for your style and personality. Name for each of these one musician, DJ or producer you would: collaborate with in the studio, sound off with at a festival, make your roommate?

BUKU: Schoolboy Q for a collaboration, Gary Beck at a festival but I would let him take the decks. I’d just sit back and watch him work his magic, I wouldn’t even go back to back with him. And of course, Claude VonStroke for my roommate cause we’d grill together.

There you have it folks, until the next Bounce! Sam has joined the DB team as a pristine Event Contributor because she has yet to accomplish her dream of living on a beach with a bulldog she plans to name Cartman. A born and bred New Yorker, Sam often jokes she was born on the wrong side of the coast due to her West coast taste in music. Currently dabbling in the Media and PR world, Sam hopes to bring her energy and passion to life in contributing to iconic dance music events in New York. 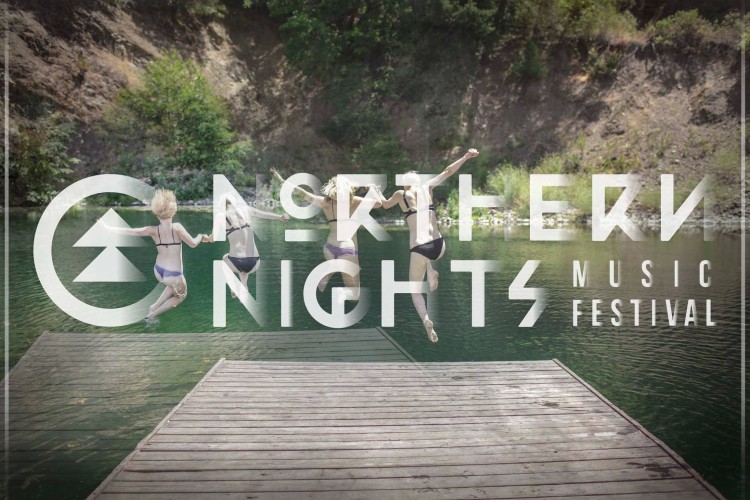