It’s always a pleasure when we have the opportunity to feature the hottest up and coming talent in dance music. Today, Huddersfield house DJ/producer, Trow, has been making his way up the dance music ladder in producing quality music all-around. Greg Trowman, the mastermind behind the “Trow” moniker has been dabbling at big-room house for quite some time, combining his signature elements from his bedroom producer days, all the way to big supports from top-level DJs around the world.

Trow’s latest original mix,“Velocity,” dabbles into a bit of progressive and electro house, coupling his love for mainstage festival music and deep melodic synths. Debuted on ExplosiveAM’s own Marcus Schossow‘s radio show, “Velocity” brings the high energy build ups and drops sure to please in a smashing summer of 2014.

We had a chance to sit down with Trow to talk about growing up in a small town in the UK, the ever-competitive dance music industry, and much more in this exclusive interview below!

Daily Beat: Thanks again for joining us here on Daily-Beat.com! We’re so glad to have you today. Being from Huddersfield must be a challenge with so many great UK producers out there. How do you plan on capturing the audience as the next big thing in dance music?

Trow: It’s definitely a challenge being from a small northern town in the UK. There isn’t much of a scene in terms of booking big touring DJs but I kind of like it. It helps me focus more on my productions and make sure I stand out as much as possible. With everything being online these days it’s still easy enough to network with other producers, labels and blogs like yourselves as long as the music is good enough. I think the main challenge any producer has is to try to sound fresh whilst still fitting in with current sounds. I try not to listen to too much current music as you can make your tracks sound similar and by the time there finished and released they will sound dated. I guess I just try to make music that I would like to hear in a club, something with lots of energy and power.

Daily Beat: Who do you look to for your influences? How does that translate into your style of producing?

Trow: I try to take influence from as many other producers and even bands and bring them into a TROW track. I like to follow both major and unknown artists, I think a healthy balance always is the key to keeping your ideas sounding fresh. Theirs a playlist on my studio computer with tracks I think are cool for a variety of reasons it could be a melody from a whole track or quick transition with crazy effects. Theirs quite a mix of music on there; everything from 80s pop to early deadmau5 and everything in between. Daily Beat: For those fans not from the UK, tell us about the dance music scene. How do you continue to be an on the rise talent in such a diverse music nation?

Trow: I think the dance scene has been really strong in the UK for so long, theirs a real width of events and genres from tiny underground rooms playing deep house to people like Steve Angello selling out Brixton Academy in London. My main aim is just to make people feel what I first felt when I started going out to local clubs and hearing big tracks for the first time. I think when you hear a track you really like nothing else matters at that moment in time. Music should always be fun and make people feel good. I try to keep all this in mind when writing a track, hopefully this will help me along my way against the mass of amazingly talented producers from the UK.

Daily Beat: It’s great to hear that your latest original mix, “Velocity,” was premiered with no other than Marcus Schossow. Tell us about your production style, how the original mix came about, and how it reflects your musical style?

Trow: I was super happy when Marcus premiered ‘Velocity’ on his radio show. His productions are just out of this world, every track is so fresh and unique I have so much respect for him as an artist he is really pushing the boundaries with his music so for him to play my track on his show was great. It’s always nice getting recognition from major artists, it helps you believe in yourself to push on with your career. I always think I don’t believe in myself why should anyone else?

It was early summer when I started writing Velocity the weather was getting really nice and I guess it just made me want to write an upbeat and energetic melody. My previous track ‘Caesar’ was quite dark and heavy so I wanted to change it up with my next original track. The actual melody took a while to write I was tweaking it for days with about 20 different versions until I was 100% happy. I try to do that in all elements of my productions, I’ll keep pushing it until I am 100% satisfied, I think it can really make a difference if you settle for second best your tracks will just get thrown on the pile with so many other tracks that come and go. Velocity is a good reflection of my current style and direction of my music, hopefully my next track has even more energy!

Daily Beat: We always end with a bit of a joke question, but still love everyone’s response. We have to ask you…if you had to pick two DJs to be your parents (one male and female) who would they be and why?

Trow: This is an awesome question! Let me think hmmm, for my Mum it would have to be Sister Bliss, purely for being in Faithless and being part of creating ‘Insomnia’ everyone and anyone knows that riff – it still gets a reaction today its pretty much a perfect melody. I think for my Dad I would have to go for Steve Angello. Maybe an obvious choice but I have so much admiration for what he has achieved for himself as an artist as well as nurturing new talent and pushing established producers through Size Records. So many big producers come and go but he has been on top for so long and it’s not through luck. I think Steve is a great role model and proof handwork and determination helps you reach the top. 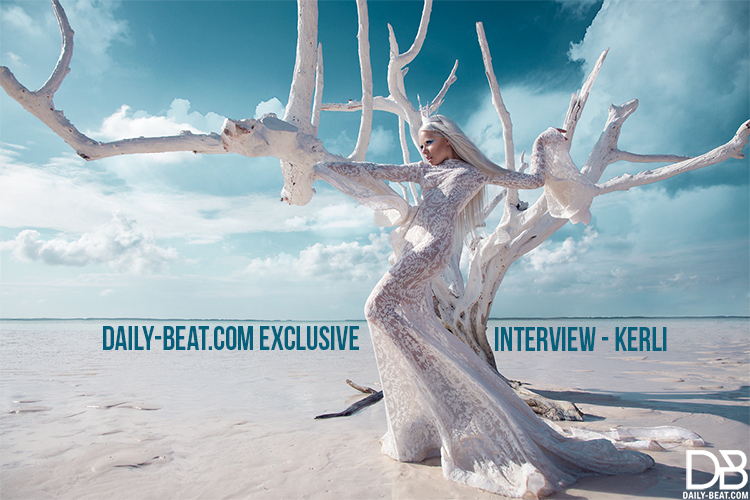