It’s been about a week since Oregon Eclipse concluded its magical global gathering.  Taking place at Big Summit Prairie, Oregon under the path of the total solar eclipse.  This week long gathering was unlike anything I had ever experienced before in my life.  Oregon Eclipse was a massive undertaking, 11 years in the making, and it could be seen from every corner of the festival, as art seamlessly blended together with nature.  All the while the main stages provided individual environments to explore different realms of music.  Although Oregon Eclipse was a long festival in comparison to other weekend festivals, there still wasn’t enough time to experience everything there was to offer.  With that in mind here are some of the top moments that set Oregon Eclipse apart and made for an unforgettable festival. This being my first time in Oregon I was amazed at how green everything was on the drive into the venue.  Once on the property I was reminded more of festivals from home as the camp grounds were a bit dusty, however it wasn’t anything I wasn’t used to.  Once inside the gates of the festival did the trees reemerge, providing a gorgeous backdrop for many of the festival attractions and stages.  The focal point of the venue was a gorgeous lake with most of the festival activities focused on the south side of it closer to the camping area.  Our time in Oregon also coincided with a wild fire, that provided some beautiful sunsets over the property every night of our stay.  However, when the sun was out most of those who gathered for the eclipse made their way down to the lake to cool off in the brutal summer heat. Symbiosis throughout the years has become synonymous with good times on the water as attendees of past festivals can tell you all about swimbiosis.  So with Symbiosis at the head of the global gathering a lake was almost a given.  From art installations, to a water slide and even a floating dance floor this lake had so much to offer.  The lake had so much space to offer and in each space someone took an area and let their mind run wild.  There were more populated areas like the beach and the sym-bi-oat that offered festival goers a chance to dance in the water and start the party early.  The lake also offered itself as a backdrop to stages like the fringe theater and renegade esque tree house amphitheater where a mural, or flow artist was the focus of attention rather than the DJ.  The lake also allowed for people to get more adventurous with a mud bath or they could get introspective and sit in one of the many places of silence.  The lake at all times of the day and night had something to offer whether is was midmorning shenanigans on the water with your friends or late night renegade sets on a raft in the middle of the water. For those looking to get a little more out of their festival experience OE offered plenty in terms of workshops, movement classes and lectures.  Within these offerings though all unique they all had a similar cord running through them, and that was breaking down barriers to experience things together with new and old friends alike.  Whether it was sensory speed dating at guerilla Science or one of the many yoga offerings at the Yoga Shala OE was all about bringing people together in different ways.  With OE being such a long festival many of the classes were offered in sequence to allow festival goers to progress their skills in dance, yoga, movement and flow from beginner to advanced level classes.  When it came time to relax there were plenty of options from the Tea Sanctuary located by the Silk Road, The Banya Experience and the sound baths at the Wellness Oasis.  With the options seemingly endless finding something interesting to do, see or hear at OE during the day was sometimes harder than figuring out what artists you were going to see later that night. Oregon Eclipse featured an absolutely stacked lineup that included the likes of Emancipator, Polish Ambassador, Phutureprimative, Glitch Mob, G Jones, Clozee, Bleep Bloop, Desert Hearts, Justin Martin, Mr. Bill, Damian Lazarus, Worthy and many more.  In fact there was so many musical acts throughout the week that the festival map/set times book rips under the weight of itself when you are trying to fold it.  Although a few artist played multiple sets on different stages most of the stages stayed pretty true to a genre throughout the week.  With the Eclipse stage housing the more popular acts the variety varied from Bassnectar all the way to William Close & The Earth Harp.  The Sun Stage housed the frenetic beats of  Psytrance, while the Earth stage housed beats of lower tempo.  House dominated the frequencies of the Sky stage, while its neighbor the Moon Stage played with variety all week.  Live acts could be caught on the Silk Road and wild performances along with DJ sets were offered in the Big Top.  The musical variety allowed festival goers to vibe with their favorite genre yet explore new acts and genres from around the world they have yet been exposed to. There is something special about a secret set.  I don’t what it is but the DJ always seems like they are on top of their game and the vibe in the crowd is just perfect…except for that one guy with the airhorn.  With secret sets from Partywave, Bassnectar, and others there was music being played somewhere by somebody and chances were it was an epic set.  These renegade sets were plentiful at OE and it didn’t take long to find music that wasn’t listed on the map.  By the lake alone there was almost too many to count as a quick walk around its banks provided a musical journey.  Even some vendors and the teams that ran the structures used for day time activities got in on the renegade spirit and hosted DJs to come spin.  If you include the Psytrance stage OE provided an experience where one was never without some form of music throughout the week long journey. Although OE’s main production crew was Symbiosis, they did not take this venture up alone as many different festivals from all over the world came together to celebrate the celestial event.  With 11 collaborators from all over the world from as far as Japan and Australia these different event producers came together to give each area of the festival its own life.  Although the festival breathed as one each area felt as if you were stepping into a new world carefully thought and planned out to exist in this bigger organism.  Never did I feel stuck and if the vibes weren’t right there was freedom to go find the vibe that suited you.  Of all the stages a few stood out in terms of their design.  The Fringe Theater being one, suited with bright colors and two large snakes this stage was a fest for the eyes and colorful backdrop to the acts that graced its stage over the course of the week.  The other was the Earth stage, a favorite from this past Lightning in a Bottle, this intricate carved blue structure stood like a beacon in the night and displayed some of the most mind bending visuals in the festival. Even during the middle of a raging wild fire OE was able to have a safe circle for fire performances thanks to Firegroove.  While the performances themselves were something else what was truly inspiring about this fire circle was its location.  Tucked away on the other side of the festival across the lake in the Sun Temple.  Not only did this provide the most incredible backdrop for any fire performance I’ve ever given, but it also cast the fire spinners as artists in their own right.  It gave a platform to showcase their art form front and center rather than the DJ. I’m not sure if it was the odd weather or if there was just something in the air that day, but the last day of the festival deserves its own recognition.  Most of the festival attendees had packed up and headed home but for those of us that stuck around real magic happened that day.  Not a single person that day was not wearing a smile as friends embraced and lovers walked hand in hand without a care in the world.  The lake was less populated, however it seemed like there were more shenanigans taking place as the only thing people seemed to have forgotten were their worries.  Nothing I feel embodied the vibe of that last day more than Mimi Love’s set at the Sky stage.  As she conducted the dance floor those who populated it felt the music rush through them and all boundaries of strangers fell.  It was one of those sets that is hard to describe because of how perfect it was for that moment in time.  As the day continued and the music began to taper off it left those who were still around to connect and share stories of how their experience went.  It allowed for a unique experience that isn’t found at many other festivals. Of course the star of the festival was the very one that has warmed our Planet since before our existence.  On Monday morning at around 9 am 30,000 people began making their way to the far side of the lake to experience an event that has captured human imagination ever since we first witnessed it.  As the minutes passed more and more people got adjusted into their spots to view the eclipse.  As it got closer to totality the temperature began to drop and the sky began to get darker and darker.  With the glasses on you could see the moon blocking out a portion of the sun, however when you took them off the power of the sun’s light made it so you couldn’t see that the moon was overtaking it.  When the moon finally passed over the sun the entire sky had been painted with dark colors and only a tiny outline of the sun could be seen.  It was in that moment of staring directly into the eclipse with 30,000 others that you feel so small, that you feel your place in this universe is so tiny in the grand scheme of things.  But its also in this moment that you realize how powerful you are and how if directed that power can do either terrible or great things. Overall, Oregon Eclipse was one of those festivals that those who attended will remember for a lifetime.  Unlike other festivals it was centered around a spellbinding celestial event that inspires wonder and changes your outlook on life.

The next Global Eclipse gathering is set for 2020 in South America. 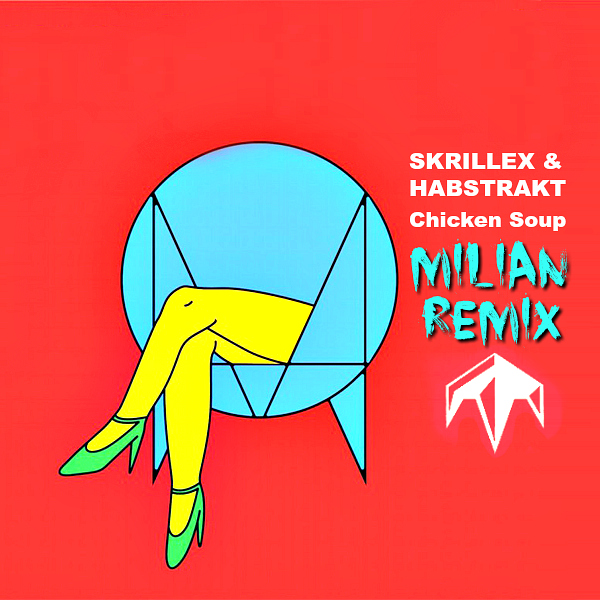 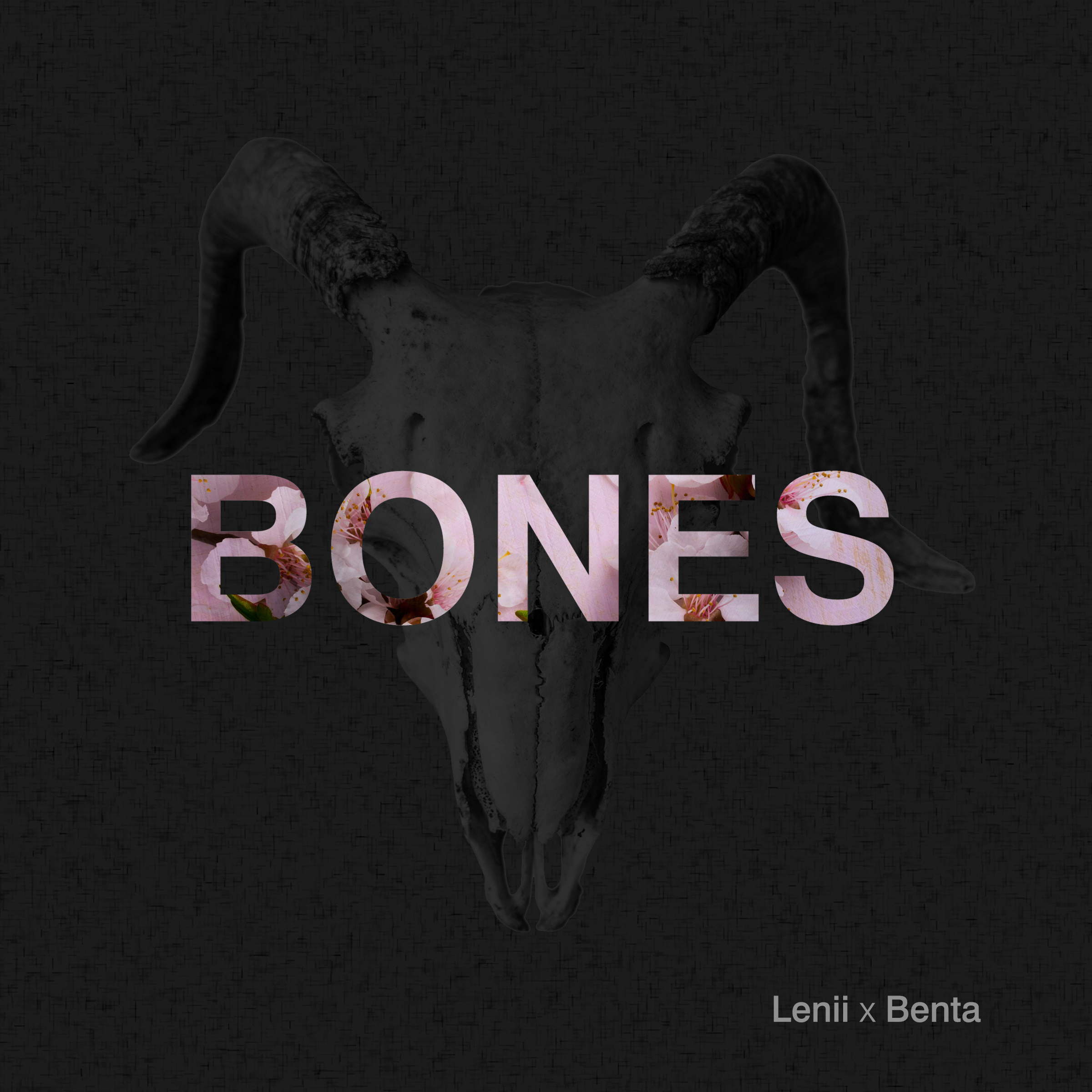