“You’ll never look at the music the same way again.” The long-standing slogan for MTV has been its commitment and promise to viewers since the channel’s inception. In keeping with tradition, MTV recently added Snowglobe Music Festival to its vast list of international live events, with plans to make the festival a centerpiece for the channel’s New Years Eve broadcasting.

Snowglobe Music Festival was born eight years ago in the mountains of South Lake Tahoe, California. In its first year, the festival drew in just under 30,000 guests over the span of three days. Snowglobe now hosts over 20,000 attendees each day, with headliners Eric Prydz, Diplo, Above & Beyond, Rezz, and RL Grime. The incredible growth of the festival is just one of the reasons the event captured MTV’s attention. Snowglobe’s stunning backdrop – the snowy Sierra Nevada mountains – the incredible art installations, and the element of live sports all contribute to a uniqueness that intrigued MTV.

The channel plans to work with the Snowglobe team to take the event worldwide, with additional dates. Those OG Snowglobers have nothing to worry about, though, as MTV has no intention of moving the festival out of Lake Tahoe. Being from South Lake Tahoe myself, I can attest to the fact that this area brings a certain element of magic and beauty that is unmatched. This new partnership between the dedicated Snowglobe team and brand-powered MTV promises nothing but amazing growth and recognition for the successful small-town festival.

Snowglobe’s concept will also spill over into new MTV events, and CEO Chad Donnelly stated, “We are incredibly excited to be joining the MTV family, whose legacy of developing boundary breaking programming and events perfectly aligns with our long-standing ambition of creative innovation.” With MTV as a firm platform to build upon, electronic music will catapult into the live broadcasting space – with Snowglobe at the helm – and we will truly never view music in the same way again. Many changes lie ahead, but the mission to unite people to celebrate the joy of music remains at the root of both MTV’s and Snowglobe’s forward movement.

Join the fun this December and get your tickets to Snowglobe 2018. 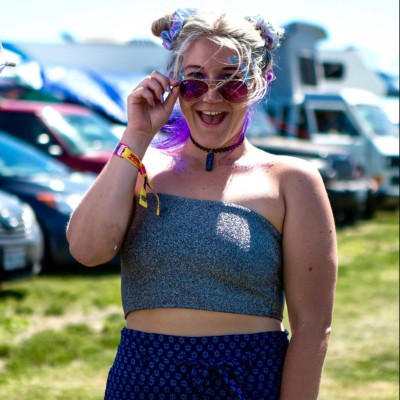 Reporter, Dancing Queen
Mo is a 23-year-old music lover from South Lake Tahoe, California, where she was born and raised. While receiving a degree in public relations from the University of Oregon, she took advantage of the abundance and variety of shows in Eugene and danced her way through five incredible years in Oregon. With an ever-growing passion for the EDM community and a relentless hunger for music discovery, Mo now resides in Los Angeles, pursuing a career and of course, dancing and grooving along the way.