After a year’s hiatus in 2013, Counterpoint Festival came back with a bang in 2014 with the likes of Outkast, Pretty Lights, STS9, and Flux Pavilion. As a past attendee, I can not put into words the vibes that are shared at that festival. Everyone says that Bonnaroo high-fives are the best but I beg to differ. The art installments are wild along with the people. The lasers constantly shining horizontally over the campgrounds really add to the “is this real life” feel. The vibes of festivals are often influenced by lineups and location. ATL has some legendary vibes (ATL HOE) emanating from TomorrowWorld and the constant tour stops in the city. This years lineup is no different. The artists come from all sides of the globe (Hello Goldfish from Cape Town) and all genres of electronic music.

The 2015 lineup features mainstage names such as Zedd, Kygo, and Dillon Francis (*swoon*) as well as some more glitchy artists such as Tipper and Minnesota. The under card is nothing to joke about, as it is populated by the likes of Papadosio, What So Not, and Goldfish. Now, I may be partial to Goldfish because they are just one rad set of guys that rarely come to the states (Ultra Music Festival) and I love their music a bit too much. I highly recommend checking them out online, prepare to have your socks blown off.

Check the image below to see the full lineup in all its glory. I can’t wait for this festival to roll around. Here’s to hoping they schedule Dillon to play on the 24th. I can’t think of a better birthday present. 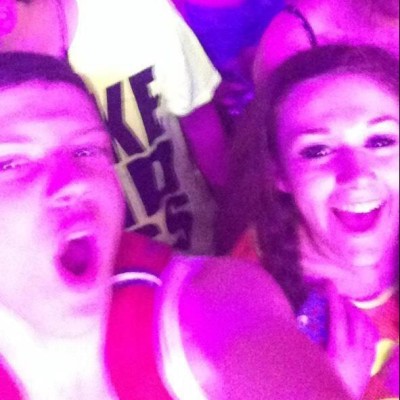 Electronic Contributor
Thornton is just a man who loves his music. Hailing from Northern Alabama, he is currently attending Mississippi State University for an engineering degree. When he isn't studying he is hanging out with friends, working on Internet projects, and of course attending shows and festivals.